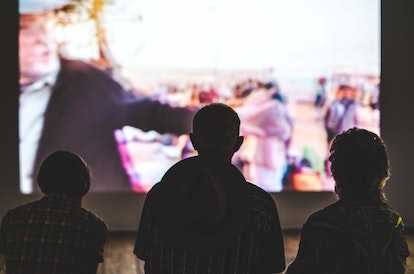 Posthumous. There’s a good chance you’ve heard this word before. Sometimes the press might use it in the days leading up to and after celebrity funerals. Maybe you’ve heard of people winning awards posthumously before. Perhaps a favorite music artist or author has released a work posthumously.

That said, the fact that you’ve heard the word posthumous doesn’t necessarily mean you know what it refers to. For example, maybe you’re wondering what exactly makes a posthumous album or award different from any other?

This guide will shed some light on the subject. The following information will provide you with a definition of the word, an overview of where it comes from, and a few examples of posthumous achievements and works.

What Does Posthumous Mean?

Merriam-Webster offers three definitions of posthumous. They are:

The second two definitions represent the current popular usage of the term. For instance, if a publishing company releases an author’s book after they die, it would qualify as a posthumous release.

Or, if a person wins an award after their death, we would say they received the award posthumously.

The Latin word “posthumus” (an alteration of “postumus”) gives us the word we have today. The literal definition of the original Latin word is “subsequent.”

The spelling only changed from postumus to posthumus (and, eventually, posthumous) when people began using the word to refer to something occurring after a person’s death. This resulted in many associating the term with the words “humus” (earth) and “humare” (to bury). This example also illustrates how word meanings can change over time based on the way people use them.

Examples of Posthumous Recognition or Releases

A simple definition of the word posthumous might not be enough to fully express the concept’s overall meaning. Luckily, these examples can:

Many actors, filmmakers, and other Hollywood figures have received posthumous Academy Award wins or nominations over the course of the film industry’s history. Heath Ledger’s example is worth including on this list because it’s recent, and because most readers can probably remember hearing about it when it first happened.

Heath Ledger proved once and for all that an actor could deliver an Oscar-worthy performance while playing a comic book villain thanks to his portrayal as The Joker in The Dark Knight. Fans and film industry experts alike were already talking about the potential for at least an Oscar nomination before the film even hit theaters.

Sadly, Ledger wouldn’t get the chance to see his performance on the big screen. He passed away before the film’s release.

Regardless, the Academy of Motion Picture Arts and Sciences recognized his depiction of insanity and evil with an award for Best Actor in a Supporting Role. His parents and sister accepted the award for him, delivering a moving speech that can also serve as a useful example for anyone wondering how to write a eulogy.

(Tip: If you’re eulogizing someone, you might also want to start with a commemorative speech outline.)

A Confederacy of Dunces by John Kennedy Toole

More than a few authors have had novels published after their deaths. Why does John Kennedy Toole’s A Confederacy of Dunces deserve a spot on this list instead of other examples?

First, A Confederacy of Dunces has earned major acclaim from literary critics, casual readers, and just about everyone else who has discovered this book since its publication in 1980, more than a decade after Toole took his own life in 1969. Perhaps more noteworthy is the fact that literary experts found the book so immediately impressive that they awarded Toole a posthumous Pulitzer Prize (try saying that three times fast!) for Fiction in 1981.

Sadly, Toole never saw any of his novels published in his lifetime. Another work of his, The Neon Bible, finally made its way to bookshelves in 1989.

As with books, posthumous albums aren’t necessarily rare. Everyone from John Lennon to Tupac Shakur has had work released after their death.

Johnny Cash’s American V: A Hundred Highways earns its spot on this list due to the time in his life when Cash recorded the album. It appears Cash knew he was nearing the end of his life. Thus, working with producer Rick Rubin, he used the album as an opportunity to cover a range of songs that touch on such themes as the acceptance of death. One of the original songs on the album, a meditation on death called “Like the 309,” was the last original song Cash wrote and recorded (and to some fans, could make for one of the best funeral songs of all time).

That’s not to say his legacy stopped there. The subsequent posthumous albums American VI: Ain't No Grave and Forever Words also showcased collections of songs that Cash never released before his death in 2003.

It’s easy to understand how a novel or album can get a posthumous release if the artist behind it completed the work prior to dying. However, it’s difficult to imagine a sports figure earning a posthumous award in a competitive category. True, some sports stars might receive posthumous memorial awards in their honor, but the nature of competition means you need to be alive to win, right?

That’s usually the case. However, sometimes there are exceptions.

Consider the example of Jochen Rindt. This rising star in the racing world won the Formula One World Championship in 1970 despite tragically dying in a crash before the championship was over. However, Rindt was so skilled behind the wheel that by that time, he had already earned enough points to make him come out on top once the championship finally ended.

Keep in mind this was not a foregone conclusion. There was technically still enough time in the championship for other drivers to eventually earn more points than Rindt. None managed to do so. As a result, Rindt is still the only Formula One driver to win the World Championship posthumously.

It may come as no surprise that numerous militaries throughout the world (and history) have awarded honors posthumously. The very nature of military honors often involves memorializing those who made the ultimate sacrifice on the battlefield.

For example, in 1862, President Abraham Lincoln signed S.J.R. No. 82, creating the Medal of Honor. Most consider this the highest military honor members of the American armed forces can receive in recognition of heroism against any combatants.

Although living veterans and active duty service members can receive the Medal of Honor, since its creation, the military has also frequently awarded it posthumously. When this occurs, the current president will present the award to the surviving loved ones of the person receiving it.

Hopefully this guide has helped you more clearly understand exactly what the word “posthumous” means. Perhaps more importantly, it may have served as a reminder that, even when a person dies, they may continue to live on in their work and in our memories.

Looking to read more about posthumous accomplishments? Read our guides on posthumous albums and posthumously published books and anthologies.