It's challenging to choose a burial option that meets all your personal needs. Your religious views, budget, and personal tastes all factor in. Even with the perfect option, it may cause environmental harm or other side effects. Taking all these factors into account is difficult.

Scientists have worked to find solutions to burial issues. Sometimes, they discover solutions without trying. One solution is cremation. It takes less space than traditional burials and is cost-effective.

Yet, cremation raises concerns about environmental harm. This is why promession matters. It doesn't release toxins into the environment or use exorbitant amounts of energy.

Promession reduces the human body into powder in a way that doesn't harm the environment. It doesn't rely on toxins, flames, or high energy use. Promession depends on body freezing. Liquid nitrogen freezes the body until it's cold enough to turn to powder.

The water present in this powder evaporates, and then the dry powder remains. Usually, this powder equals about 30 percent of the body’s original weight.

Since promession isn't legal in most countries, it's almost unheard of. Representatives in the burial industry are working to change this.

What Happens to the Remains?

The remains turn into powder. Facilitators recycle all artificial materials, such as hip implants or dental fillings. After the promession process is over, you can choose what happens to body’s remains, referred to as promains—a combination of the word promession and remains.

You can cremate them with flames, which reduces them even further. You can also bury them in a biodegradable coffin. This coffin cycles back into the earth along with the remains within one year.

If you want to speed up the process, you can plant a tree over the biodegradable coffin. Planting trees, bushes, or other plants also contribute to the environment's health.

How Much Does it Cost?

Since promession isn’t yet available in most countries, it’s hard to put a specific price tag on the process. Yet, promession does only cost a fraction of traditional cremation. If budget is a major factor in your end-of-life planning, promession may be a great option.

To find pricing specifics, contact your local funeral home. If you live in a country where promession is legal, they will walk you through the cost.

Where is Promession Legal?

Promession is not yet legal in many countries. The biologist who developed the idea has done many experiments with pigs due to anatomical similarities to humans.

These experiments with promession have been successful. Her organization, Promessa, has partnered with over 100 nations. Promessa sends representatives across the world to educate, inform, and gain support.

As far as official support for the legality of promession, that’s still on the way. It is currently legal in Sweden, the United Kingdom, and South Korea. The public, including most lawmakers, is slow to adopt new burial methods. It's the same with promession.

It's hard to create end-of-life plans if you aren't sure if promession will soon be legal in your country. So, you’ll have to contact your local funeral home to learn about the laws and regulations where you live.

Breaking Down the Promession Burial Process

Promession piggybacks off cremation, with none of the toxins or exorbitant energy use. It’s an option that’s gaining popularity. It also provides many of the benefits of a traditional burial service. The promession process can start before or after a funeral service, it’s up to you.

Promession begins with placing the body in a coffin. Next, body and coffin move to a chamber that’s custom-built to handle chilly temperatures. The chamber’s internal regulator freezes the body at a temperature of -18 degrees Celsius. After the body reaches this temperature and freezes, the coffin and body move to a platform within a sealed machine called a promator.

This platform works like a conveyor belt. It moves the coffin and body through each stage. The first unit weighs the coffin to inform the amount of liquid nitrogen needed for the next step.

Next, liquid nitrogen freezes the body to a chilly -196 degrees Celsius. This allows nitrogen is a major element in the air we breathe. This part of the process usually takes around two hours. Achieving this low temperature is crucial for ultrasonic vibration to work.

After this, the conveyor belt transports the chilled body to another unit. Within 60 seconds, ultrasonic vibration turns the frozen body into a powder-like substance. This mimics ashes produced by cremation, with no toxins or flames.

Next, the powder moves to an evaporation chamber. The human body is mostly water, which means most of this powder will evaporate into the atmosphere. Afterward, only dry powder remains.

Electrical currents process the dry powder. This takes care of any metals present. The powder that remains moves to a biodegradable coffin. This powder equals one-third of the original body weight. If your body weighed 200 pounds, it now weighs around 66 pounds.

After the promession process is complete, there are a few options available.

Some people prefer cremation to further reduce their promains. There’s no need to use the energy required for a full cremation process. Many promession providers have access to recently developed mini-cremators. These were designed with promains in mind.

This is important for two reasons. Dental fillings, jewelry, and prosthetics were already removed during promession. This prevents toxic emissions from being released into the environment. Utilizing a mini cremator also allows the use of much less money and energy. This prevents waste that occurs with a larger cremator.

Others would rather opt for a traditional burial. This is environmentally friendly for two reasons. Normal coffins are buried six feet deep. This prevents decaying smells, wild animals digging up bodies, and contaminated groundwater. There’s no need for that when it comes to burying promains.

They are in a biodegradable coffin, which breaks down with no harm to the earth. This coffin is buried in topsoil, where oxygen and microorganisms will break down remains. On the contrary, it takes years for a traditional burial to breakdown into the earth. It only takes months when promains are in topsoil. This also helps with issues of dwindling burial space in modern cemeteries.

To speed up the process, you can plant trees or other plants above their biodegradable coffin. As the coffin and it’s contents decompose, it provides rich compost for the plant that fuels its growth.

Ever wondered what other people chose for their burial preference? We did! Here's how our users* have answered:

*Cake gathers anonymized data to help our users make informed decisions about their burial preferences. We don't sell your data and we take serious measures to keep your information secure. Read more about our commitment to security here. 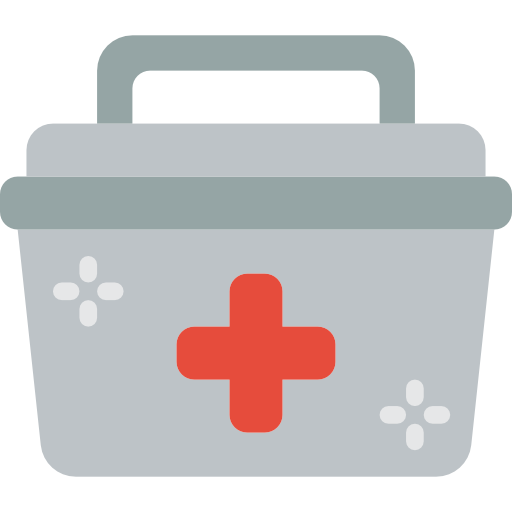 Why Do People Choose Promession Burials?

Additionally, others have environmental concerns. As a burial option that doesn’t impact the environment, promession may be a great choice.

Today, many innovative burial options are arising. This is partly due to concerns about the environment. People want to make choices that fit with their religious views and budget as well. Also, they are making thoughtful end-of-life planning decisions.

If you're interested in cremation, but want to be environmentally-conscious, promession may work. A speedy return to the earth and nature’s nutrient cycle are why some people choose promession. As a “no harm” alternative to traditional burial options, promession is a great way to go. Promession is also a cheap option when compared to other funeral services.

It’s important to account for legality in the state or country that you live in. Promession is not yet legal in the United States, which may complicate your arrangements in the future.