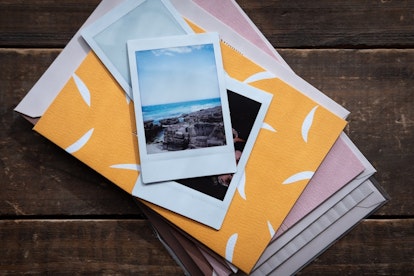 Regardless of your day-to-day responsibilities, when a loved one, relative, or friend passes away, it’s common to put those responsibilities on pause so you can attend the funeral. However, you might find yourself in a situation that requires showing someone proof of funeral attendance.

For example, maybe your employer wants to make sure you actually used your time off to attend a funeral and that you aren’t abusing the company’s bereavement leave policies. Or maybe you’re a student and the funeral landed on the same day as an important test. You might need to show your professor proof that you attended a funeral. You can gather a few items to show that you did attend the funeral.

Tip: Attending a virtual funeral requires time, too, even though you don't have to travel. If the family is hosting a Zoom funeral using a service like GatheringUs, you should still be able to use most of the documents below as proof that you attended the event.

The official death certificate of a lost loved one should be enough to convince most employers that you attended a funeral.

If your relationship to the deceased was very close (for example, if you lost a sibling, parent, or grandparent), most reasonable employers will accept this type of proof.

» MORE: Have you lost someone? Here is your full checklist of next steps.

Depending on your relationship with the deceased, you might not have access to his or her death certificate. However, an obituary might be sufficient to prove to an employer (or anyone else) that you attended the funeral.

First of all, like a death certificate, an obituary proves that someone close to you died. Maybe you need proof of funeral attendance because you need to show your boss you weren’t lying about the reason when you asked for time off. An obituary will typically include details about when and where the funeral service was held. If the day of the funeral is the same as the day you took off from work, your boss will probably believe you actually attended it.

Some people frown on taking pictures at funerals. However, in many other cultures and families, it’s not only accepted, but it’s also encouraged.

Only you know whether the closest loved ones of the person whose funeral you’re attending will be comfortable with the idea of taking a picture during the ceremony. That said, if you’re not sure your loved ones wouldn’t mind, you could ask them if taking a picture would be acceptable, especially if you let them know why you need it.

Just make sure you’re confident they won’t take your request the wrong way! You don’t want to put someone who’s already going through a difficult experience in an even more awkward position by making them feel they have to comply with your request when they’d prefer not to.

Like an obituary, the program may list the date and time of the funeral, further backing you up.

A thank you letter may not be sufficient proof that you attended a funeral if those who organized the funeral, like most people, wait a few weeks before sending letters out.

However, some people do distribute such letters right away. If they do, you could potentially use the letter as evidence to show you attended a funeral.

Like memorial service programs, prayer cards are often part of many religious funerals. They may feature the name of the deceased, as well as information about the funeral itself.

Be sure to take one home with you when you leave the funeral if you believe you’ll need proof that you attended it.

Sometimes it’s necessary to take a few days off to attend a funeral. This may be the case if the funeral is held very far from your home.

If you ever need to take several days off from work or school to travel to a funeral, you could use documentation of your travels (such as a plane or train ticket) to show that you didn’t use the time to take a mini-vacation.

You’ll also need additional documentation (such as an obituary) that proves the funeral took place in the same destination to which you traveled, but showing that you took a trip to the city or town where a friend or relative’s funeral was held will convince most people that you didn’t travel simply to get away for a few days.

(Tip: Travel documentation can also be helpful if you ever need to prove you had to leave town suddenly to address a family emergency.)

While this isn’t particularly common, some companies allow or ask employees to fill out forms and sign documents when they’ve requested bereavement leave, officially stating that they took time off to attend a funeral.

Ask your employer about these documents. While signing one isn’t exactly proof of funeral attendance, it does show an employer you’re honest about attending a funeral — you can jeopardize your employment if your employer finds out that you were lying.

Organizing a funeral involves many expenses. When a loved one dies, it’s not uncommon for people to turn to friends and family to help pay for them.

Maybe you helped with the funeral expenses in a relatively substantial way. If so, hold on to the receipts. While they won’t serve as ironclad proof of funeral attendance, they will show anyone that you played a major role in planning the funeral and it’s only logical that you also attended it.

10. Letter from a Parent

This type of proof that you attended a funeral definitely isn’t the kind everyone can use. That said, if you’ve got a young child or teenager who needs to officially prove that he or she missed school to attend a funeral, a letter or phone call from you, the parent or guardian, will suffice.

It’s becoming increasingly common for people to create memorial websites for their loved ones when they pass away. Many funeral homes even help with this process.

Along with celebrating the deceased’s life, a memorial website can also provide information about when and where their funeral is held. If you need more evidence when telling an employer or teacher you have a funeral to attend, you could direct them to the memorial website, pointing out that the date of the funeral coincides with the day you’re asking to take off.

You could show a boss or teacher such emails as proof of funeral attendance. In that case, you must respect the privacy of family and friends when they reach out to you through email to discuss funeral plans.

You can’t share this type of correspondence with anyone before first asking them if they’re comfortable with you doing so.

Some funeral homes offer forms or certificates to guests who need proof of funeral attendance. It’s worth asking the funeral home handling your loved one’s funeral if they offer this type of documentation. Even if it’s not something they routinely do, they may be able to quickly put together some type of official certificate.

Many funeral directors will also gladly call or email someone to let them know you attended a funeral if you ask them to. Funeral directors discussing this topic online also claim it’s very common to send official letters to employers when mourners need proof of funeral attendance.

They can, however, confirm the details of where and when the funeral took place. That might be enough to convince someone you attended the funeral.

Don’t worry if you ever find yourself in need of proof of funeral attendance. As this list makes clear, there are plenty of ways to prove you weren’t lying when you told an employer or teacher (or anyone else!) you needed time off to mourn a lost loved one.