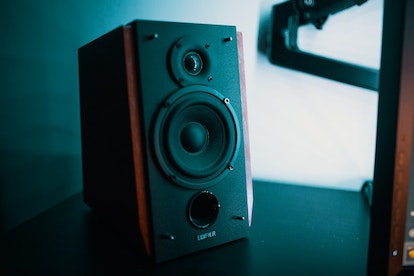 Although nothing can give us back the loved ones we’ve lost, music can help us cope with our grief. That’s why it often plays such an important role at funerals. Many of us say goodbye to lost friends and family members by playing songs that express our feelings in such moments.

(For more help with funeral planning and the other complexities of losing a loved one, check out our post-loss checklist.)

Of course, when choosing what to play at a funeral, it’s often smart to consider the tastes of the one who’s passed on. The best funeral songs express the emotions of those in mourning, while also reminding them of the music their loved one had a passion for during life.

For example, maybe you’re planning a funeral for someone who loved rap. If you’re thinking about playing music at some point, consider choosing one of these rap funeral songs. Whether you’re looking for something sad, something uplifting, or something that strikes a balance between the two, you might find the perfect track on this list.

Virtual funeral tip: You can play these rap and hip-hop songs at a virtual funeral, too. If you do, make sure to check your microphone, speakers, and internet connection so your online attendees can hear everything loud and clear. A service like GatheringUs can help you fine-tune those details.

Sad Rap Songs to Play at a Funeral

Be they classics from the distant past or modern funeral songs, the tracks people choose to play when saying goodbye to a lost friend or family member are often somber. These songs are no exception.

Although this song does offer some hope by describing a “pasture” where we can meet our lost friends after death, its stark description of a funeral makes it a fittingly sad song for this type of occasion.

Accepting the fact that we can lose friends and family throughout life isn’t easy. However, some believe that confronting this truth can help them find some peace of mind. Knowing that losing loved ones is an experience many share means knowing you’re not alone in your pain.

Sometimes, a song about losing a friend doesn’t need to mask the real emotions we might feel in these circumstances. For example, this sad track honestly and brutally addresses the grief and confusion we experience when someone dies young. However, it still offers some emotional balance with lyrics that reflect on the good times we shared before their passing.

Anger is another common emotion experienced when someone dies before their time. “The Message” conveys this mixture of sadness and anger with lyrics that ask why it’s fair for our lost loved ones to be part of our lives for such short periods of time. That said, like all great rap funeral songs, it also serves as a tribute to someone who lived a good life.

5. “Like You’ll Never See Me Again” by Alicia Keys

Although this song’s lyrics focus on the importance of appreciating those we love while they’re still with us because “another day is not really guaranteed,” its message has also resonated with those mourning recent losses.

Uplifting Rap Songs to Play at a Funeral

Not all funeral songs need to express sadness. As these examples prove, uplifting funeral songs can also serve an important purpose during a difficult time.

6. “Mourn You Til I Join You” by Naughty by Nature

If you’re looking for an uplifting rap funeral song, this tribute to Tupac Shakur is a perfect choice. It describes how through prayer, some feel they are in touch with lost loved ones and believe they’ll meet again someday in the future.

While this song sadly acknowledges the fact that many people die too young, it also suggests that they go to a better place when they pass, and life will go on for those they leave behind.

“We’ll Always Love Big Poppa” doesn’t dwell on sadness or grief. Instead, it celebrates love for a lost friend and describes how faith can help us move on from sorrow.

Like many uplifting funeral songs, this one centers on the idea that the souls of those we’ve lost may still survive in the afterlife, and that we may join them when we pass.

This song expresses the beautiful and straightforward belief that we will one day reunite with those we’ve lost. That’s exactly the type of message that can bring a sense of hope and acceptance to funeral attendees in many instances.

Rap Funeral Songs for a Friend

Rap funeral songs often describe the bonds of friendship because friendship has long been a core value of many in the rap community who’ve helped each other succeed. Consider these examples:

11. “I’ll Be Missing You” by Puff Daddy and Faith Evans

No list of rap funeral songs would be complete without this moving classic, which Puff Daddy and Faith Evans dedicated to the memory of their friend Christopher “The Notorious B.I.G.” Wallace.

Before his untimely passing, The Notorious B.I.G. also recorded and released a track that’s become a popular choice at many funerals.

This is a particularly truthful song about losing a friend, as its lyrics address the fact that even months or years after a friend’s passing, we may still struggle with depression, grief, and confusion. Accepting this truth at a funeral can be healthy.

The profanity throughout this song might make it an inappropriate choice for a funeral, depending on who the attendees will be, but it could absolutely be a perfect choice for a smaller memorial service or gathering of friends. Those who won’t immediately find the song’s language offensive might appreciate the way “Dedicate” simultaneously honors a lost friend while heartbreakingly describing the shock someone experiences when first hearing about their death.

Along with describing various lost friends, this song’s lyrics remind us that the best way we can honor our friends’ memory is to embody the good in them as we move forward.

A funeral is, in a way, a goodbye. That’s why you might want to choose one of these songs to play during the occasion.

The title of this song says it all. On this track, DMX reflects on the fact that we all have to say goodbye one day, so instead of waiting for that day to come, we can say it now.

16. “Flowers for the Dead” by Cuban Link

This song addresses the desire Cuban Link has to see his lost friend Big Pun one more time. However, he ultimately says goodbye and asks that his friend rests in peace.

Saying goodbye isn’t easy, but when we have no other choice, we can at least take comfort in the hope that our lost friends and family are looking down on us still. “Tribute” by D.I.T.C. capture this feeling perfectly.

Raekwon’s tribute to his fellow Wu-Tang Clan rapper Ol’ Dirty Bastard is a touching goodbye in which he essentially lists all the reasons he admired his lost friend. It’s a goodbye that also serves as a thank you for the loyalty, camaraderie, and memories our friends can give us over the years.

“The Prayer” by Kid Cudi reminds us that, as hard as letting go of someone can be, if they made a difference in the lives of others during their own, at least they genuinely used their time on Earth to do good in the world.

Throughout this song, Nas raps about wishing he could have just one more dance with his lost mother, until finally reaching a place of acceptance that allows him to say goodbye.

If you’re looking for the best rap song for a funeral slideshow, a track to play at an annual memorial, or simply a rap tune that will strike the right tone at the start of a funeral, keep these examples in mind. They demonstrate how the most talented rappers can mine their own personal pain to create art that touches countless others.