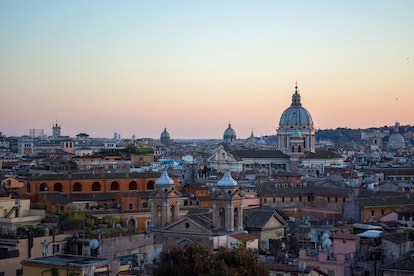 One of the most beautiful cities in the world, Rome is known for its pizza, soccer, statuary, ancient architecture, and famous gladiator arenas. You’re bound to be mesmerized by the ancient history you see all around you.

History isn’t only above ground — it lives underground in the form of the famous catacombs of Rome.

The Roman catacombs are an old, underground network of burial grounds in Rome. These burial grounds were used by both Christians and Jews and they date from the second to the fifth century.

Let’s take a look at what the catacombs are and what makes them special.

Where Are the Roman Catacombs?

The Roman catacombs form a vast network of underground tunnels that were used centuries ago by the Romans to bury their dead. There are around 40 catacombs, of which only a few are open to the public.

Archaeologists believe that there are several which haven’t been discovered yet. Today, the ancient catacombs are the property of the Catholic Church and no one is allowed to enter them without the express permission of the Vatican.

What’s the History Behind the Catacombs of Rome?

The ancient Roman catacombs are tinged with mystery. The Jewish people in Rome originally built the catacombs as cemeteries and they date back to the first century. The Christian catacombs were built beginning in the second century.

In the past, historians thought that the catacombs were secret meeting places where people used to hide and escape persecution when, in fact, they were simply burial tunnels. Ancient Roman funerals were vastly different from Christian funerals of the day and the catacombs were used only for those people who largely believed that burning or cremating bodies was a pagan practice.

In the early ninth century, Germanic invaders pillaged the Roman catacombs and the relics of the saints and martyrs were moved to churches inside the city center. Over time, the catacombs were abandoned altogether and they were largely forgotten by Rome and her citizens until they were rediscovered in the 1600s.

Many of the people living in and around Rome during the turn of modern times believed in burning the bodies of their dead. Christians of the time believed that the cremation of their dead was morally wrong. Since there wasn’t enough space above ground to store their dead, they started building tunnels underground to bury the dead, as the Jewish communities had done before them. The tunnels spread out in all directions as time went on and thousands of people were buried.

In early Rome, Christians were not allowed to practice their religion legally. Since they couldn’t bury their dead within the city limits, they turned to underground cemeteries. Between the end of the second and the beginning of the third century, the catacombs were developed under Pope Zephyrin. The Romans, the Jews, and the Etruscans already had the custom of burying their dead in designated areas underground at this time. However, burying the dead in a necropolis originated with the Catholic Church.

The bodies of the dead are meant to be treated with respect. In Christianity, death is a transitory phase that leads to eternal peace in heaven for the righteous. This is one reason why people bury the dead with utmost respect and care.

The catacombs form real labyrinths in the form of several subterranean passageways. Rows of rectangular niches were made to house the dead. Family members wrapped the corpses of their dead in a sheet and placed them in these rectangular niches.

The niches were then covered with gravestones made of baked clay or marble.

Since Roman law prohibited the burial of the dead within city limits, all of these catacombs were dug outside the city walls. These cemeteries were built underneath tracts of land owned by a few wealthy Christian families in Rome.

As Christianity grew, so did the tunnels. A few tunnels were turned into the shrines for Christian martyrs in the second and the third centuries. After the legalization of Christianity, funerals moved to designated cemeteries inside the city limits and the use of these catacombs as burial sites dwindled.

Why Are the Catacombs Considered Sacred?

The catacombs are considered to be sacred because many saints are rumored to be buried there. When a saint died, people buried their dead relatives as close to the bodies of the saints as possible. With the passing of time, the tunnels expanded and grew larger, often expanding outward from the position of a buried and venerated saint.

The aura of mystery surrounding the Roman catacombs has resulted in several legends over the course of history. Some even claim that the Holy Grail might be hidden among these catacombs. One legend in particular claims that Pope Sixtus II entrusted St. Lawrence the Holy Grail and he placed it deep in the catacombs for safekeeping.

Emperors Decius, Diocletian, and Valerianus are known historically as cruel persecutors of people from the Christian faith. Many of the Christian martyrs who died under their rule are buried in the catacombs. Could the Holy Grail, sought by the likes of archeologists and adventure seekers alike be inside with a martyred saint? It may be impossible to know.

Death in different cultures varies. Some cremate their dead, while some bury them. The Roman catacombs are a sprawling tribute to those who fought to maintain the burial tradition.

The large network of catacombs spreads out over five stories underground. Only a handful of the catacombs are open to the public, and the Vatican provides official details regarding visitation for tourists.

It’s important to call and check before you go if you do decide on a visit. For many of the catacombs, only portions of the tunnels are open to visitors and a limited number of tickets or group viewings are permitted each day. Most require a tour guide to be permitted entrance and few self-guided viewings are allowed.

The art found in the catacombs is partly narrative in nature and partly symbolic. The mosaics, paintings, reliefs on sarcophagi, and other art pieces recall stories from the New and Old Testaments. They present examples of salvation, such as the depiction of Jonah inside the belly of the whale. You can also find paintings of Shadrach, Meshach, and Abednego being rescued from the fiery furnace, Noah and the flood, and Daniel unharmed in a lion’s den.

There are a few famous ones that you should definitely explore when you are in Rome. There are also several walking tours that will take you to some of the famous catacombs.

Via Appia Antica is one of the most visited and one of the most famous of the Roman catacombs. There are thousands of burial chambers here and you will find beautiful early Christian art as well.

The catacombs of St. Callixtus are the biggest of all the catacombs in Rome. It has long chambers, some of them 19 kilometers long and 20 meters deep. The Crypt of Nine Popes is one of the most notable parts of the St. Callixtus catacombs.

In some areas, the tunnels have vaulted ceilings up to 70 feet high. You can even see the original Greek inscriptions on the tombs of the nine popes. Numerous original Christian frescoes remain that contain traditional symbols such as the dove, the phoenix, and the fish.

The remains of St. Cecilia are no longer present here, but you can still see the crypt where she was buried.

To get into these catacombs, you must first enter a beautiful church that dates back to the fourth century.

There are several frescoes in the catacombs of St. Domitilla, the most impressive of which is a ceiling fresco of Jesus Christ. There are various Christian symbols, as well as pagan art, etched into the walls.

Looking to add a bit of spookiness in your historical journey? Give Capuchin Crypt a visit. It is located right in the center of Rome, underneath the Capuchin Church of Immaculate Conception. It holds the bones of over 4,000 monks and some of these bones have been set into intricate patterns!

Visit the Dark and Mysterious Side of Rome

Interested in dark tourism? The Roman catacombs are the right place to begin.

Don’t pass up the opportunity to head out to explore these ancient catacombs if you get the chance to visit. Understand how people lived back in the ancient Italian capital — explore what lies beneath the city.