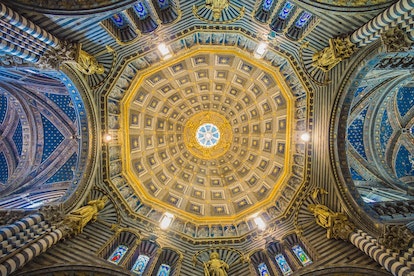 The people of Russia have their own unique traditions and customs surrounding death and funerals. While we commonly think of the stereotypical American-Christian funeral when someone passes on, this can look very different for Russian families.

Below, you'll learn more about these fascinating funeral customs if you are attending one or simply curious. For more help with the entire process of loss, from funeral planning to grief support, check out our post-loss checklist.

Russian Views on Death and Dying

Russian culture contains many superstitions about how people die and these superstitions have endured throughout the centuries. According to Russian tradition, people can die in two ways: good or bad.

Though the black and white outlook sounds similar to the Christian belief of heaven and hell, that’s about the only thing they share. For Russian families, a “good” death is one that comes naturally at the end of one’s life. A “good” death is any death planned by God, such as an elderly person passing in their sleep.

On the other hand, a “bad” death is when a loved one passes unexpectedly before their time. Accidents and terminal illnesses are typical examples of a “bad” death. Once a person dies, Russian tradition states that the person’s soul will linger for up to 40 additional days on Earth. For those who have suffered from a “bad” death, the soul is stuck on the mortal plane for even longer.

After a death occurs in the family, people cover their mirrors and stop the clocks in the home. Russian folklore stipulates that mirrors are gateways to the land of the dead—and according to superstition, the first person to see their reflection in a mirror after someone has died will be the next to die.

Family members also stop the clocks to assist their loved one’s soul move on quicker into the afterlife. All of these traditions stem from strong folktales and lore passed through generations.

Start planning
» MORE: After a loss, you're never alone. Get the help you need with this planning checklist.

COVID-19 tip: If you're planning a virtual Russian funeral using a service like GatheringUs, you can still adapt traditions like funeral service, viewing, and mourning periods for your online guests. Just speak with your funeral director or event planner to help you figure out the logistics or any limitations.

Immediately after the death of a loved one, the family bathes the body and clothes the body in white. The body is also wrapped with a belt for protection, as Russian folk tradition states that the soul must be bound to the body. The body is left out in an open casket for three days for friends and family to visit and pay their respects to the family.

After the viewing, the service takes place. The funeral service follows strict steps, starting with guests circling the open casket in a counter-clockwise direction. While circling the casket, mourners place flowers and kisses on the deceased person’s body. At the end of the ceremony, they cover the body with a burial shroud.

Russian folklore claims that the soul of the deceased remains on Earth for 40 days before it goes to heaven. To help with the soul pass on from Earth, families host gatherings throughout that period of time.

Traditionally, families hold gatherings on the 3rd, 9th, and 40th day after the death of a loved one. These specific days are of significance in the Russian tradition.

At each gathering, families are encouraged to express their grief, condolences, and mourn their loss. With this emotional outpouring, their loved one’s soul is encouraged to pass more easily into the afterlife.

Russian Orthodox funerals include a reading of the Book of Psalms with the most common reading being Psalm 118. Funeral songs and hymns are also popular during funerals.

In the case of a military funeral, a band plays the “Old Funeral March.” Otherwise, popular songs and hymns include:

Russia also has a large Jewish population, with a rich history of particular Jewish Russian traditions. Similar to the Russian Orthodox religion, these traditions stem from a long history of folklore.

Jewish funerals are completed within 24 hours of the death, if possible. After the death, there’s a cleansing ceremony known as “rechitzah.” The body is then dressed in a white Jewish burial shroud, similar to the Russian Orthodox tradition. The body is not left alone from the moment of death until the burial.

Prior to the burial, the family places the clean body in a casket. The casket is typically a simple unadorned wooden box. There is usually no wake (viewing of the body) in the Jewish tradition. Instead, the family gathers around the casket for a tradition known as “keriah.” In this practice, family members tear a piece of their clothing as a sign of their mourning. They wear this torn item of clothing through their mourning period.

The first period of mourning takes place the first week following the death, also known as the shiva. During this week, a shiva candle is lit and kept burning. There’s a second mourning period known as “shloshim.” This lasts until the thirtieth day after the funeral.

Funeral services are held at either a synagogue, a funeral home, or graveside. During the funeral, a rabbi will lead prayers, the reading of a eulogy, and the reading of Psalms. After the service, mourners travel to the cemetery. They can travel on foot or by car, depending on the location.

The rabbi will again say prayers at the gravesite. It’s traditional to also recite the Mourner’s Kaddish, a Jewish funeral prayer. Finally, the body is interred in the ground. During a graveside service, mourners place dirt into the grave as a sign of respect.

There are many prominent prayers in the Jewish Russian tradition. During the service, the rabbi reads selections from the Book of Psalms. Prayers are usually in Hebrew or Russian. Common prayers include:

After the graveside service, there is a reception at a family home or synagogue. The deceased’s family will serve a traditional Russian Jewish meal, usually with eggs as a symbol of the cycle of life. The funeral is on the first day of shiva, the seven day mourning period.

During shiva, it is typical for close family and friends to visit the mourning family to offer support. After shiva, the family returns to their normal schedule for the duration of shloshim, or the 30-day mourning period. There are additional memorials on the anniversary of the death and Yom Kippur.

Russian funerals are usually somber affairs and require some research into etiquette to help you pay proper respects during this time.

In both Russian Orthodox and Jewish tradition, it’s expected for guests to wear formal, dark funeral attire. Clothing should be conservative and appropriate for a religious service.

While open casket funerals are common in many parts of the world, you need to know the etiquette specific to Russian customs. During a Russian Orthodox wake, guests move around the casket in a circle counterclockwise.

Guests are welcome to place flowers next to the body or even kiss the body. By contrast, as mentioned above, there is no viewing at a Jewish funeral.

Mood and behavior of guests

Though all funerals can be quite somber, Russian funerals may be even more so. As a result, it may be difficult to share or express your emotions publicly, as these events can err on the conservative side.

The most common gift at a Russian Orthodox funeral is funeral flowers. However, it is traditional to only bring an even number of flowers. Russian people believe numbers have strong significance during these times. In particular, odd numbers are often symbols of celebration used at birthdays, weddings and so on.

However, as the ceremonies are more simple for Jewish funerals and focused on the grieving families, flowers may not be appropriate. In this case, a donation or sympathy card would be more useful.

In Russian Orthodox tradition, a procession brings the body to its final resting place. Mourners throw sticks behind them as they proceed to the cemetery, helping to block evil spirits from following them.

In both Orthodox and Jewish traditions, mourners throw or shovel dirt onto the casket.  While traditions vary, it’s common for the service to include a small bit of vodka poured into the grave.  This ensures safe passage into the afterlife.

The Rich Culture of Russian Funerals

Like all traditions around the world regarding funerals, the Russians’ unique views on death have been shaped by hundreds of years of history and culture. Though their superstitions may be different, these superstitions provide an important and useful lens through which to understand their funeral rites.

Whether you’re attending a Russian Orthodox or a Jewish ceremony, this guide can provide some valuable knowledge about what to expect at a funeral. While some of these customs have slowly modernized, it is likely that you’ll see strong signs of folklore and tradition in any Russian funeral.