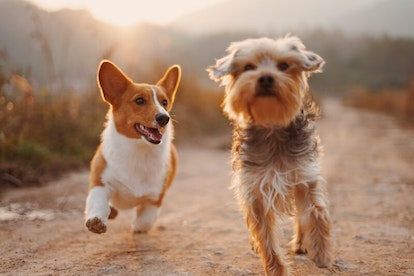 Why in the world would you want to watch a movie about the death of man's best friend? Just remember, most of these sad dog movies also offer a beautiful, heartwarming story — especially at the beginning, anyway.

Please know that we include spoilers in this article! If you don't want to know the plot points of any of these movies, stop reading right now.

Newer Movies About Losing a Dog or Puppy

You may consider using some of the family-friendly titles to help your children understand the loss of a pet. You can also choose from quality pet-loss books written for children of all ages.

When you first saw the title of this article, a couple of movies may have immediately popped into your brain. Perhaps A Dog's Purpose was at the top of your list.

The dog in A Dog's Purpose dies multiple times lives again in hopes of learning about his new purpose in life. Is this a sad movie? While dog lovers will undoubtedly cry, the movie offers an uplifting message — a dog tries to find its purpose in life. Isn't that what we are all trying to do?

The family in Marley and Me has to euthanize Marley, a beautiful yellow lab, at the end of the movie. Grab your tissues because it's a real tear-jerker. The family buries Marley under a favorite tree in the front yard at the end.

Some would argue that the German Shepherd in I Am Legend plays one of this post-apocalyptic movie's most memorable characters. The dog is Will Smith's constant companion as he navigates the new world full of nocturnal mutant-type creatures.

This dog death scene may feel particularly difficult to manage. We won't share all the details but just know that it isn't for the faint-hearted.

4. The Art of Racing in the Rain

Two plot points may give you grief in The Art of Racing in the Rain. Not only does the dog, Enzo, die, but the female lead develops glioblastoma, an almost always fatal type of brain cancer.

This movie is based on a book of the same name.

Red Dog, based on the true story of a dog that lived in Australia, occurs when the dog forms a bond with many of the townspeople but makes the strongest connection with an American named John. John dies in a motorcycle accident in the movie, another plot point that may cause you grief.

At the end of the movie, Red Dog is discovered, dead, at his friend John's graveside. This movie certainly deserves its place on a long list of sad movies.

Based on Jack London's classic novel, this recent movie version starring Harrison Ford stars many dogs living in the harsh Alaskan wilderness. Dogs do die in this movie. Buck, the main dog, lives, so you may not end up entirely emotionally devastated by the time the credits roll around.

Hachi stars Richard Gere and a cute Akita, and the story is similar to that of Red Dog. Hachi has a strong connection with his owner and feels devastated when he dies. The loyal dog continues to look for his friend each day for years. In the end, Hachi and his human friend reunite in the afterlife.

Eight Below, inspired by a true story of dogs left to fend for themselves in the harsh Antarctic environment, starts when humans must leave a group of eight dogs behind during an emergency. The movie explains what happens to the dogs during the six months on their own.

This movie isn't as sad as it could be because six of the eight dogs miraculously survive. Regardless, you may struggle to watch the dogs suffering from the bitter conditions as well as from the death of the two animals.

A dog dies in this movie, but only after living a good, long life.

The narrator tells about his life with Skip as he reflects on his childhood in the 1940s. He describes how vital Skip was in his life since he was an only child and often bullied by his peers.

Although a scene where Skip's survival is uncertain, the dog ends up recovering.

Years later, the dog dies on his owner's bed, which he learns about over a call with his parents as he studies at Oxford University.

Older or Classic Movies About Losing a Dog or Puppy

Who else thought of "Old Yeller" when you saw the title of this article? Maybe some of you remember watching your third-grade teacher cry when she read this book to the class during storytime. Even if you've never read the book or watched the movie, you probably know about the dire ending as it is part of our cultural literacy.

Some older, classic movies have scenes that depict the death of a dog.

Most of us couldn't imagine having to put our own dog down, even if it was infected with rabies. That's one reason why this movie/book is particularly gut-wrenching.

Even though the death happens near the end of the movie, you feel relief when you see "Young Yeller" enter the scene. The puppy already has some similar characteristics to Old Yeller.

The dog's death in Sounder is one in a series of devastating plot points. The movie is about poverty, the lack of justice in the penal system, educational inequality, and the death of a father.

Regardless, Sounder serves as both the name of the dog and the book's title, so Sounder's adventures and death take the forefront.

12. Where the Red Fern Grows

Not only one, but two dogs die in Where the Red Fern Grows. This movie, based on a book, may have been the first one you ever read as a kid that caused you to cry.

Since it was published in 1961, Where the Red Fern Grows has caused millions of people to cry. There are two movie versions: One was made in 1974 and the other in 2003.

Billy has two dogs that are his pride and joy. They go on many adventures, but their relationship on earth comes to an end when Old Dan dies while protecting Billy from a bobcat. Little Ann's death from a broken heart leaves readers and viewers feeling entirely bereft.

13. To Kill a Mockingbird

This classic film starring Gregory Peck does not center around the death of either a dog or a mockingbird, but a dog is shot in this movie. Atticus Finch astonishes his children as he is able to take down a rabid dog roaming the town in one shot.

Tom Hanks plays a police detective assigned to work with a slobbery canine friend in Turner and Hooch. Hooch dies in the end while fighting off a bad guy, but like many of the other movies on our list, Turner has a new puppy friend at the end that looks exactly like the dog he lost. In interviews, Hanks admits to having many discussions about the dog not dying at the end.

Does Watching a Sad Movie Help You With Your Grief?

While some people avoid watching movies that cause them to reflect on their own life traumas, others may seek out such films. Either way, we hope our list of movies where the dog dies helps you either avoid a movie or find one that you can connect with in a sad way.

You may also receive some solace by reading what others have written after suffering the loss of their pets in loss of pet poems.

Did you lose a pet unexpectedly? Many online support groups may help you as you grieve your loss. Some get overseen by grief counselors and others by like-minded people who know the pain of losing a pet.