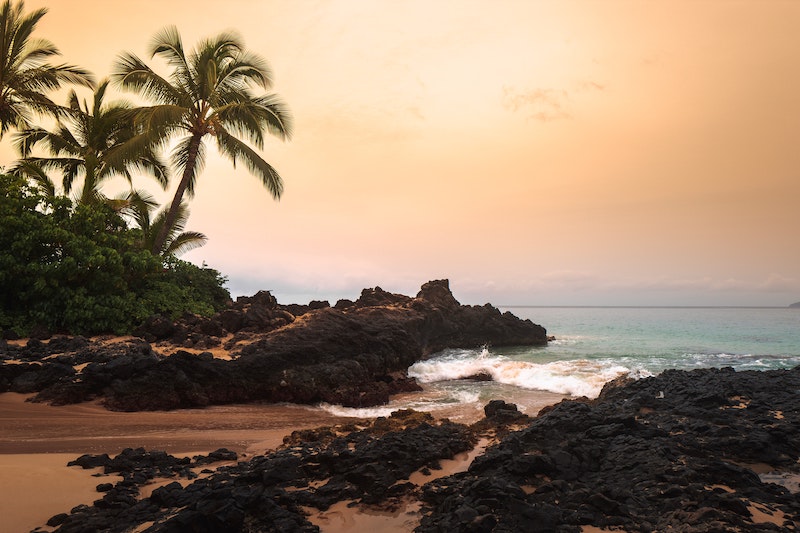 For those who are asked to scatter the cremated remains of someone loved, it can be a mixed bag of emotions. You can feel honored to undertake the task, but also realize that it might be also difficult, scary, tough, sad, and loving. Scattering ashes can be filled with logistics that even the best planner might find daunting.

The new experience of traveling with cremated remains, preparing the location for scattering the remains, and creating a new ritual to honor your loved one can be challenging and daunting.

Here are two stories of scattering the remains of someone beloved, both filled with unique challenges, as well as stories of meaning-making and great intention.

More than 20 years ago, Bob and Cathy Parker traveled from Austin, Texas to Yellowstone National Park where they had visited Old Faithful and abundant geysers in the park. They found themselves with a fishing guide and a boat on stunning Lake Yellowstone with their dog Molly when Bob turned to Cathy and said, “You know, when I die, I want to be cremated and I want you to bring me back here.”

He said and felt that “we are all created from the universe and to the universe, we should return.” And Cathy said she would. Almost 20 years later to the day, she did.

Before Bob died on July 10, 2018, he reminded Cathy of that pledge. Their dog Molly had already died and before she knew it a few days after Bob’s death, she was planning her trip to return to Yellowstone National Park. She came back to the park they loved to explore together with Bob and Molly’s cremated remains, alongside the cremated remains of their Blue Heeler, Blu.

“I originally thought I would wait a year, but ultimately felt that if I got sick, I might not be able to do it,” said Cathy.

She recreated that visit to Yellowstone they had 20 summers ago, toting a backpack with the biodegradable vessel that would descend into the lake. This vessel contained Bob, Molly, and Blu’s cremated remains. Cathy and her niece Kim traveled to Cody, WY. She traveled with a letter from her funeral home about the cremated remains in her carry-on bag, for fear that TSA officials would confiscate the remains. She also sobbed at the airport security when they asked about the vessel they were seeing in the x-ray machine.

They checked in with park rangers at Yellowstone National Park who were very supportive and even honored that Bob would have selected Lake Yellowstone as his final resting place. There are some laws regarding scattering ashes that should be reviewed before planning a trip as well.

On a cold, windy August afternoon on the last boat ride on the lake that day, Cathy and Kim, along with Cathy’s treasured backpack, went out onto the lake for their ritual. The guide assured her that he would take them out to one of the deepest places in the lake, off of the island where there were warm water geysers and the water was very rough.

“I had brought a bottle of brown ale, one of Bob’s favorites, and an orchid. He loved orchids. I poured the brown ale in the water,” said Cathy, with tears flowing. “I took the vessel out and held it on the water with the orchid and I really didn’t want him to go. And then a wave came over and took him from me. And then the orchid popped up. We were laughing, [feeling] sad and joyous all at the same time.”

He would have loved it, Cathy said. He didn’t want a funeral, but he did want a private ending to his journey in this world. For her part, Cathy “got the job done” and felt that he was at rest.

“[I’m] happy that I did it,” she said. Before she left Yellowstone, she and Kim went on hikes, saw a bear, and Cathy felt “like he was with me.” The flight home included a four-hour layover in Salt Lake City where she quietly sobbed with the final realization that he was indeed gone and that his ashes were no longer in her possession.

Now, “I’m happy that I fulfilled his wishes.” She has not returned to Lake Yellowstone since, but she looks forward to planning a trip back to the lake, just to see it. “Even in Austin, remembering how beautiful it was, [it] comforts me.”

Her end-of-life plans now include being cremated, and her remains being taken by Kim to Lake Yellowstone, along with the cremated remains of her new lab, Styles, in the same vessel that she purchased when she purchased Bob’s. And she has every expectation that Kim will take her to the very spot where she let go of Bob in a wave.

Cathy remarked that some of the considerations that probably went into Bob’s decisions about his final resting place. Bob’s family did not have a family burial plot at a cemetery. In addition, Bob’s mother had been cremated and they had scattered her. Finally, Bob loved being outdoors in nature.

On New Year’s Day 2014, I had dinner with one of my good friends when she plopped a three-ring binder on to the dinner table. I had already said yes to be her designated power of attorney, but she had made plans, many plans.

“This is what you will need when I’m dying,” she said. I responded with a laugh and said, “We won’t need this for a long, long time.”

In fact, we would need it very quickly as she got a terminal diagnosis later that month. My friend, Susie Aikman died on June 21, 2014, at home in her bed, surrounded by people who loved her. She loved Hawaii and traveled to Oahu frequently. Over the course of the months we had, she would remind me that she wanted to be scattered on her beloved Waikiki Beach at Oahu, Hawaii.

I worked on settling her estate over the next six months. I cleaned out her house by Christmas, and in February, flew with her to Oahu in my checked luggage, in a Ziploc bag. For the record, I didn’t pack her in my carry-on bags, nor did I check with my airline, though I should have. Today, I would reconsider the Ziploc bag and have her remains placed in a scattering urn by the funeral home director. It is made of a cardboard-shaped tube and it would have served perfectly for the purpose I had in mind.

The next day after I arrived in Oahu, I purchased a children’s sand bucket, and walked over to Waikiki Beach and sat on the sand for a very long time. I cried as I sat on that beach towel because like Cathy, I too didn’t want to let go of my good friend. In those moments on the beach, the finality of her death came over me in waves of tears.

I watched children play in the sand, people in the water, beach walkers, and eventually walked with my bucket of cremated remains out on to the water break and walked to where the break intersects with a larger break. I stood there looking in the water, then gazing up at families playing together, and then looked down in the water again.

I remember feeling like I wanted some privacy and coupled with the fact that I didn’t want to disturb or interrupt anyone’s fun by letting go of my friend in the waters of Waikiki. After what seemed like endless hours, but probably only 45 minutes, I squatted down to the edge and said a prayer of gratitude for her and her life. I told my friend Susie how loved she was, and poured my friend into the corner of the water breaks and watched her disappear from sight.

I felt then and still do now, that this work of scattering the cremated remains of a loved one is sacred and holy. And surprisingly disarming. Everyone I’ve talked to who has scattered a loved one agrees that it is surprisingly emotional. While I was grateful and honored to be chosen to scatter her, I also felt that it was a huge accomplishment to see it through, and still feel it was one of the most difficult and emotional days of my life.

When looking at scattering remains, whether they be your own as part of your end-of-life plan, or a loved one’s, there are several things to keep in mind. It is a treasured and sacred event and when done properly, it can be a beautiful way to honor someone who has died.

Planning to scatter the cremated remains of someone you love is filled with lots of details as well as unknown mystery. If you have been chosen to do this meaning-making ritual, you are trusted and beloved by someone who knows that you are trustworthy. This is not easy, but it is some of the most sacred work that anyone can do for someone beloved. 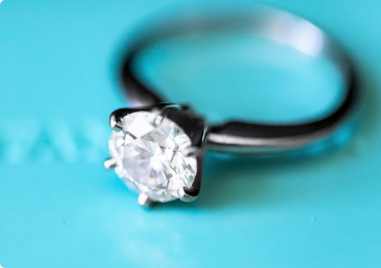 Transform a loved one's ashes into a remarkable, custom diamond.