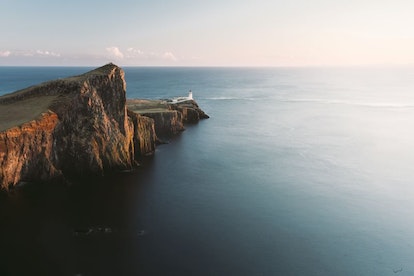 There’s a lot to learn about different funeral customs around the globe. While most people consider things like holidays, history, and so on to be a window into a nation’s culture, funerals tell their own story. From funeral etiquette to traditions around death and dying, this is an interesting way to understand how another part of the world grieves their losses.

Even though Scotland is a part of the United Kingdom, these funeral traditions are very different and distinct. Scotland draws from a rich tradition and culture, so there are many subtle and not-so-subtle differences in how Scots say goodbye to their loved ones.

It’s easy to think that all Christian funerals follow similar traditions. In reality, the world is much less black and white. In this guide, we’ll explore Scottish funerals, traditions, etiquette, and what to expect at these events.

COVID-19 tip: If you're planning a virtual Scottish funeral using a service like GatheringUs, you can still adapt many of these traditions, like the wake, dancing, and processional, to include your online guests. Brainstorm with your funeral director, event planner, or religious leader to help you figure out the logistics or any limitations.

How Do Scottish People View Death and Dying?

Scottish views on death and dying have origins in paganism, along with other aspects of Scottish culture and tradition. Though most Scots are Evangelical today, these beliefs became common folklore. These views affect how the Scots created their funeral customs, and they also shape the way people lead their lives.

In Scotland, death is something that’s foretold. There are always supposed signs pointing to someone’s demise. Death is never a surprise, according to legend. There are a number of common symbols and images that present themselves to the dying, though these myths vary depending on the region in Scotland.

The most well-known death-messenger is similar to the grim reaper. This image is that of an old woman known as the Washer at the Ford. This story dates back to the 15th century. It claims that a washerwoman poses at the side of rivers or streams. She washes the stains from the clothes of those who fought and died in battle.

If one was to spot this washerwoman, death was on the horizon. While local customs created ways to trick this symbolic woman, it’s unknown whether it’s possible to escape death once the omen has been made.

To this day, there is a lot of folklore around symbols of death. Things like strange lights, an unexpected knock at the door, and ghostly images are very much a part of the modern-day culture in parts of Scotland.

Despite these intimidating omens, death wasn’t something to be sad about. When someone died, this meant it was time to celebrate their life. Because life is only a temporary gift, it needs to be appreciated.

Unlike other traditions that focus on grief and mourning, much of the views on death and dying in Scotland revolve around celebration and happy memories. While outsiders might see this much cheerfulness after death as a sign of disrespect, it’s actually anything but.

Like in other parts of the world, there was a prevalent belief in Scotland about the importance of a “good” death. What exactly is a good death? For the ancient Celts, this was any death earned in combat or war. Honor and dignity were at the center of this culture, and to die in battle was something worthy of recognition.

A bad death would be any unexpected death that took place away from home. To die on a journey away was seen as undesirable. While most don’t choose how they die, this was still central to the Scottish view of death and dying.

What Exactly Happens During a Modern Scottish Funeral?

One of the most important parts of the Scottish funeral tradition is the wake. Like an Irish wake, the body is laid out for several days. Someone watched by the body at all hours.

While this might sound unusual to outsiders, this previously served a practical purpose. Before modern medicine, it wasn’t always easy to know for certain that a body was truly dead. In Scotland, it was common to wait for signs of decomposition or physical presentations of death, which could take days to see.

Today, the wake is still common despite modern medicine. Folklore says this is to prevent evil spirits from taking the soul from the body, but it also allows friends and family to travel from far to the funeral. During the wake, the family offers food and drink to guests who come to pay respects.

For families that choose to keep their loved one’s body at the funeral home, the wake still is often held in the home, even without the deceased. This is still a chance for friends and family to offer support and partake in this custom.

After the formal wake period, it’s time for dancing and celebration. This was an opportunity to share the deceased person’s life, their story, and wonderful memories. This was a joyful occasion, and food and drink are plentiful.

There is a lot of traditional dancing, feasting, and fun for all. Though it might sound unusual when considering the family is in mourning, death is seen as a natural part of life. This was a way for everyone to come together and celebrate a life well-lived.

While these types of large celebrations are less common today, it’s still popular for the family to host friends and family for some type of lively event as part of the repast. This might be accompanied by Scottish funeral songs and prayers.

After the wake, there is a processional to the funeral. This takes place on foot traditionally, and it still does in smaller towns today. Up to eight men carry the coffin on spokes, and this is a symbolic way for guests to share the burden of the casket.

In the past, these professionals were followed by professional keeners. In modern days, these are likely to be bagpipers. Songs are sung in lament of the deceased, and it was common for people to cry. The procession ends at the church, where there is a traditional Christian funeral or memorial service.

How Are Scots Usually Buried and Remembered?

Burials are the most common option in Scotland today, and this has been a long-held tradition. In ancient times, bodies were washed and wrapped in a special burial cloth. They would be buried into tombs or resting places, often with some of their personal objects. These ceremonies at the gravesite were exclusively for men. It wasn’t until the 1700s that women appeared at graveside burials.

Today, a graveside service is typically included in the funeral process. This could be open to only close family or all guests. Bagpipes are also played at the gravesite as a symbol for mourning.

After the burial, the family goes to great lengths to remember their loved one’s spirit. Spiritualism plays a large role in Scottish culture, and it’s believed these ancestors still linger in family homes. It’s common to light a candle for a deceased loved one or to simply talk about them to keep these memories alive.

The Evolution of Scottish Funerals

From multi-day wakes to jubilant celebrations, there is a lot to respect about this complex mourning tradition. The Scottish acceptance of death as a part of life is something to admire, especially if it’s served with a strong pour of whiskey.