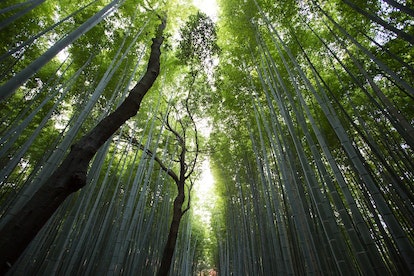 Death doesn’t belong to any single culture or part of the world. It’s the great unifier, appearing in mythology and symbolism amongst all people everywhere. While in the western world, death mythology focuses on dark angels of death like the grim reaper, it comes as no surprise that death takes different forms in other parts of the globe.

Because the Japanese attitude toward death isn’t the same as in the west, it’s not always easy to understand the role of these gods of death. In this guide, we’ll explore the history and origin of the Shinigami to explain how they affect modern views of death in Japan.

What is a Shinigami?

Perhaps a better question is “who” are the shinigami since these are seen as souls of the dead. The word itself is a combination of the Japanese words “shini” and “kami.” Translated, these words mean “death god.” To understand the role of these death gods, you also need to recognize the Japanese “kami.”

In Japanese mythology, the world is full of kami or souls. Japanese mythology relies heavily on animism—meaning that everything has a spirit, from people to places and things. Rivers have kami, the sky has kami, and even death has kami. The death kami are shinigami.

The role of the death gods is to invite humans to die. Though this sounds polite, this spiritual being takes many forms. In early Japanese literature, these spirits didn’t even take on a physical form. For a country with holidays like the Obon festival which focuses on remembering deceased ancestors, it’s no surprise there are so many gods of death.

Shinigami and the Cycle of Life

Unlike the grim reaper, the shinigami aren’t a force to be feared. They don’t hunt down the living to force them into the afterlife before their time. They also can’t be bribed to extend someone’s life.

The shinigami’s role is to make sure people die at their appointed time. This draws on fate, the idea that everyone has a specific path in life to follow. Instead of demanding the dead cross over into the afterlife, they invite the living to death. The shinigami are just one of the many ways life and death coexist.

Like in traditional Shinto funerals, death is not to be feared. It comes for everyone at some point, so there is no use dwelling on it. When you do eventually meet the shinigami, this won’t be a frightful thing. These spirits are there to invite you into death with dignity.

There’s no single, clear origin of shinigami. It’s something that’s been passed through generations in folklore and mythology.

This is one way for the ancient Japanese to find meaning in both life and death. Knowing that their loved ones are not alone in death brings great relief, and it also encourages people to live life to the fullest.

When did the shinigami appear?

While it might sound strange, it wasn’t until the Japanese came into contact with the western world that the idea of a death god came to fruition. It is believed to be a descendent of the folk stories around the grim reaper himself, though the Japanese story created its own twist on this.

The introduction of the shinigami into Japanese culture is likely from the 18th or 19th century, though there is very little clarity. Prior to these death gods, the Japanese had a very open understanding of death. It was just another part of life, nothing more and nothing less.

A tale of death and greed

One of the traditional tales surrounding the origin of shinigami has to do with a man who is tired of life and plans to commit suicide. Before he can, he is visited by a shinigami who tells him it’s not his time to die.

In this tale, the shinigami explains how each person’s life is measured on a candle. When the flame burns out, that person’s time has come. It can’t be prolonged or shortened. Instead, the shinigami shares a “trick” the man can use to make money during his lifetime. He can pose as a doctor, lengthening a person’s life by using magic words with the shinigami that present themselves.

However, in order for the words to work, the shinigami need to sit at the foot of the patient’s bed. If the spirit is on the side of the bed, the patient’s time is up and death is inevitable. With these magic words, the man grew rich.

On one fateful day, he arrived at a patient’s house to see that the shinigami was at the side of the bed. Death was near, but he wanted the family’s money anyway. To trick the shinigami, he twisted the bed around to change the spirit’s position. Because death cannot be fooled, the original shinigami returned to let him know his candle burnt out, ending his life.

The grim reaper has a very distinguished shape. This figure is described as a skeleton in a large robe or cape. He carries a scythe which he uses to strike down victims, sending them to the land of the dead. In Japan, the shinigami take no clear form.

They are invisible to everyone except those who have a direct connection to death or are near death. For example, people who experience a near-death incident might claim to know the appearance of these spirits.

Otherwise, they’re said to never take the same appearance or shape. That means shinigami are often hiding in plain sight. You’d never know what one was if you did see it, and this is a symbol of the natural role of death in life.

Shinigami is very popular in Japanese culture. It’s also traveled across the globe to appear in unexpected places, whether it’s a re-imagined grim reaper or something else entirely. You’ve likely confronted some shinigami examples in your own favorite media.

The most popular place to find shinigami is in both anime and manga. In these modern stories, shinigami take many forms. They frequently appear as main characters that act as servants of death, often taking people before their time is up. There are many popular examples of this such as:

These death spirits are also in many modern video games. The most common example of this is the game The World Ends With You. In this role-playing fantasy game, the shinigami are resurrected with special powers. Their role within the game is to test human souls to see if they can live again.

Not surprisingly, there are also many instances of shinigami in western culture. The grim reaper trope is common in western TV and film, but it’s sometimes shifted to include Japanese folklore.

An example of this is in the popular show Teenage Mutant Ninja Turtles. One of the characters in the show goes by the name Shinigami. Her special powers include bringing evildoers to justice.

The Japanese Image of Death: Shinigami

Though most of Japan is secular today, the idea of the shinigami lives on. These death gods exist in plain sight, ferrying humans between the world of the living in the dead. They appear in pop culture and media, though these representations don’t often do their traditional histories justice. Ultimately, this Japanese image of death differs greatly from the western version.

In Japan, death is simply a part of life. The shinigami is yet another reminder to take advantage of the time you have. As the story goes, we only have so long until the candle runs out. Until then, it’s up to us to live our lives to the fullest. That’s not something that can be taken away before our time.