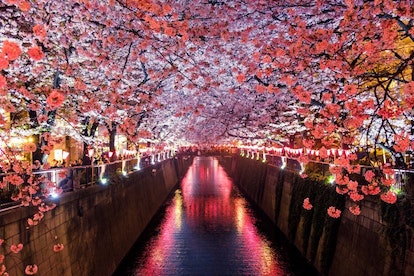 Shinto is the oldest religion in Japan, dating back to prehistoric times. Over the years, Buddhism overshadowed Shinto beliefs. Today, over 3.4 million people consider Shinto their sole religion. This belief system blends Buddhist traditions with old teachings, and these practices have passed down through generations.

One of these practices is funeral traditions. At a Japanese funeral, you’re likely to encounter both Buddhist and Shinto beliefs. These complementary religions share many similarities, but there are still specifics of Shinto funerals that you should be aware of.

Shinto funerals are known as Sosai in Japanese. In this guide, we’ll dive deep into the traditions, beliefs, and what to expect at this type of funeral.

COVID-19 tip: If you're planning a virtual Shinto funeral using a service like GatheringUs, you can still adapt many of these traditions, like mourning, prayers, and traditional music, to include your online guests. Brainstorm with your funeral director, event planner, or religious leader to help you figure out the logistics or any limitations.

Shinto Views of Death and Dying

Shinto is the indigenous religion of Japan. As such, there is a focus on nature and the cycle of life. One of the main beliefs is that everything and everyone has spiritual energy known as kami. Mountains, trees, animals, people, and so on all have kami. Certain places and things have greater energy than others.

For Shinto followers, death is a reminder that life is short. It’s a push towards living life more fully. Those who pass away are highly respected, and it’s not appropriate to mourn deceased family members intensely outside of funeral occasions.

The kami in everyone releases at the time of death. The spirit moves to another world. This isn’t the same as heaven or hell. It’s simply another place that’s neither a paradise or a punishment. It’s a world of spirits, and these ancestral spirits guard over their descendants.

Traditions for a Shinto Funeral

Shinto funerals look similar to Buddhist funerals. In fact, it’s not uncommon to see shared elements of both since most people in Japan practice aspects of both religions. Here’s what to expect at a funeral in Japan.

Like much of Japanese traditions, order is very important in Shinto funerals. Each step is carefully taken by family members after someone dies. Preparation is key according to centuries-old protocols. In Shintoism, there are over 20 procedures that cover the entire mourning period.

First, there are steps taken immediately after the death of a loved one. These aren’t a part of the 20 procedures, but they’re still essential. They are:

After the family completes these steps above, it’s time for the 20 Shinto steps. These prepare the spirit to head to the spirit world, and the practices focus on purification. Here is an overview:

Prayer is a large part of the 20 steps outlined above. Both the family and the Shinto priest give prayers as a way to soothe the spirit of the deceased and purify the process. However, there is no specific prayer for the dead.

In the Shinto belief, certain words have stronger meanings and spiritual power if used as part of a prayer. The most common prayers used during funerals and ceremonies are known as Norito. These are incantations directly given to a kami. In this case, they’re directed to the family and to the spirit of the deceased.

During some aspects of the 20 procedures above, funeral music might be present. Some families choose to include musicians in the funeral service, and this would be gagaku music. This refers to a specific type of Japanese music played at the Imperial court.

These types of songs are highly traditional, and that’s why it’s appropriate for special occasions. Because the Japanese Imperial family has ties to Shinto gods and goddesses, this music makes sense for funerals.

Unlike in other religions where funerals are at the place of worship, Shinto funerals are not allowed on shrine grounds. Because death is seen as impure, funerals take place in private homes, funeral halls, or community buildings.

Some shrines purchase building adjacent to the place of worship that isn’t on the same grounds.

The vast majority of Japanese people are cremated. In the Shinto faith, it’s very important that the family treats these ashes according to ritual and protocol. Once the body is cremated, the family picks bones out of the ash remains with chopsticks. These larger remains go into an urn. This is a meticulous process.

The family buries most of the ashes in a graveyard. Though the headstones are large, only ash remains underneath the earth. Any bones or remaining ashes stay above-ground in a mausoleum or in the family’s home.

Losing a loved one is difficult in any tradition. While the primary focus after a family death is to take care of practical funeral arrangements and the cost of the funeral, it’s followed by a reflective period of mourning.

After the funeral and burial, the family and friends return to the deceased’s house to share a meal. People sit together side by side to ward off evil spirits, and the family comes together in this time of need.

The mourning period for close family lasts a total of 49 days after the funeral. During this time, they place fresh funeral flowers on the grave, burn incense, and pray. All of these actions show the family that the deceased is at rest.

Japanese funerals closely resemble the culture. They’re practiced and orderly, following each traditional step in perfect coordination. While the Shinto funeral process might seem lengthy and complicated to outsiders, these beliefs bring peace and comfort to the family of the deceased when they need it most. Death is something that’s out of everyone’s control. Shinto practices restore order to a time of mourning.

Learning about funeral traditions from around the world not only prepares us to be more globally aware, but it introduces us to new ideas. From the kami spirit of everyday objects and people to the ancestral ties that bind us together, there’s a lot to respect about Shintoism.

Funeral practices might vary around the world, but death is the great equalizer that connects us all. Everyone just looks for their own way to understand change and mortality.