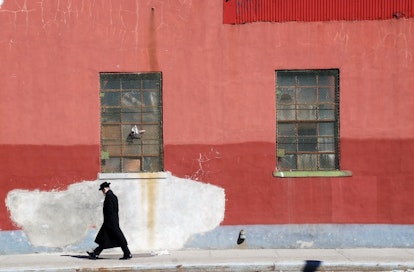 Judaism holds numerous traditions to mark the ebb and flow of life, and the death of a loved one is not left out. In fact, marking the passing of a loved one is seen as a vital part of life for both the mourner and their community.

Shiva, sometimes known as sitting shiva, is a sacred time that allows mourners to acknowledge their loss and for the community to gather around and show support, love, and care. If you’re preparing to attend a shiva, this article will explain everything you need for a successful visit.

In Jewish tradition, death is taken seriously, and mourners are given specific periods to express their grief and have their loss validated. A shiva call is an essential part of Jewish funeral customs for both the mourner and their community.

Shiva is a seven-day mourning period that begins immediately after the funeral concludes. The word shiva means ‘seven’ and signifies that the mourner will grieve for a specific seven-day period. During this period, friends, family, relatives, acquaintances, and strangers may visit the mourner and perform a shiva call.

In the Jewish faith, a shiva call is a “mitzvah” or a good deed. Calling during shiva isn’t a mere suggestion, but rather a necessity as part of the Jewish community. Those who perform a shiva call are there to genuinely acknowledge the loss, validate the mourner’s pain, and let them know they aren’t alone.

Sitting shiva gives mourners the freedom to mourn and a safe space to express their grief without any social obligation. Mourners will not change their clothes, wear makeup, shower, or serve food.

» MORE: Loss is hard. Get help with a post-death planning checklist.

What Goes on During a Shiva Call?

Shiva officially begins as soon as the funeral is concluded. A loved one, friend, or neighbor does not call on the mourner to perform a shiva call at any time before the funeral.

When the burial concludes and the period of shiva starts, shiva calls may begin.

Often, the mourner and their immediate family will set specific hours when shiva calls may be paid. Defining visiting times ensures that the family can carve out time to rest and mourn in private. If particular hours and days have not been announced, call a close friend of the family ahead to find out about the best times to visit.

There are certain days when shiva is suspended or canceled altogether. On these days shiva calls are not made, and they include:

When shiva falls during Sabbath, the Sabbath is observed, and shiva calls may continue after Sabbath concludes.

When shiva coincides with the above holidays, shiva is usually concluded altogether unless there was no chance to mourn. If shiva has not been held, it will begin after the Jewish holidays.

In many observant Jewish homes, you’ll see a bucket of water outside the door to perform a symbolic washing of hands before entering.

While the interpretation varies, the traditional understanding of this act is to cleanse oneself before entering the mourner’s home.

When you call during shiva, there are a few specific points to keep in mind.

First, the front door will probably be left unlocked, and you can let yourself in. Shiva callers shouldn’t knock or ring the doorbell, as this may disrupt the mourners or conversations taking place.

When you walk in, you may seat yourself or stand, but you don’t address the mourner. This gives the mourner time to acknowledge your presence without distracting from a conversation or period of weeping.

When the mourner acknowledges you, it will usually be with a head nod or a similar greeting. The mourner will not get up from their seated position, but this isn’t a sign of rudeness - it’s a way to continue acknowledging their loss.

Conversing with the mourner

Speaking with a mourner during shiva is likely to be an unusual experience. The often ingenuine, “Hi! How are you? I’m okay,” banter is entirely removed from the mourner’s household.

As a caller, you may feel the urge to say something to lighten the mood or distract from the uncomfortable feeling of dealing with death and grief. However, shiva is meant for this level of discomfort. It’s a time to acknowledge the pain and loss a mourner is experiencing.

When you visit, in traditional homes, you’re expected to remain silent until spoken to. When the mourner acknowledges you, you then may talk with them. Remember that you allow the mourner to direct the conversation. They may ask about your family, but you may want to take care and only respond about your life briefly.

The shiva caller should allow the conversation to be directed by the mourner. They decide what to talk about and how the conversation should go. The mourner might need to talk about their loss, bring up memories of their loved one, or simply sit and weep. Your role as a visitor is to discuss what is on their heart and listen. If they want to weep, sit with them and weep.

Again, the importance of a shiva call isn’t to converse or try and make the person feel better. It’s to simply show that you’re there in support of the mourner and to help them see that they aren’t alone.

When you visit, you’ll probably see friends and neighbors you know, some of whom you haven’t seen in years. While it can be a tempting opportunity to catch up, you shouldn’t distract from the real reason for your visit.

If wanting to converse with someone you haven’t seen in a long time, quietly plan a time to meet up later. A shiva call is not the time or place to make light conversation with other callers.

How long to visit

Additionally, you should not expect to eat anything during your visit. You may, if you desire, but food is primarily for the mourner and their family. Since shiva visits are so short, there should be no need for shiva callers to eat.

How many times to visit

You may make as many shiva calls as you like. Close friends, neighbors, and family members often visit daily. There is no limit on the number of days you can pay a shiva call.

According to Jewish customs, mourners will pray three times a day. This is called the Kaddish and is an essential prayer that both acknowledges the mourner’s pain and God’s goodness in the midst of their trial.

If you experience this while present you may participate in reciting the prayer with the mourner. You might hear other Jewish funeral prayers spoken during your visit, as well.

When you leave a mourner’s home, you don’t say goodbye. Instead, you offer a traditional phrase such as, “May God comfort you” or “May God comfort you among the mourners of Zion and Jerusalem.” The mourner is not required to acknowledge your departure and remains seated.

What Should You Bring to a Shiva Call?

The mourner is required to abstain from cooking, serving, cleaning, and performing daily tasks, so it's always nice to bring something to shiva. It’s a time set apart for mourning and should be supported by the community.

Because of this focus, it’s helpful when callers bring food items for the mourner and their immediate family to eat.

When bringing any food, be sure you’re aware of dietary restrictions in addition to making sure the food you bring is Kosher. You can bring items such as:

A good rule of thumb is to never bring anything that requires a significant amount of prep work. You should also avoid non-Kosher items.

What Should You Wear to a Shiva Call?

As with any event centered around mourning, your clothing should be modest and appropriate.

Men’s attire can be simple. Oftentimes, you will want to wear long pants and a nice button-down shirt. Think business appropriate.

For women, it is encouraged to wear a skirt or dress with a hem below the knees. You may want to err on the more conservative side in general, as some families may be Orthodox. The same thing goes for a woman’s top. Usually having something that covers the arms fully helps. A nice blouse with a cardigan in muted colors, like dark blue or grey, is a good way to go.

A Shiva Call is All About Support

When paying someone a call during shiva, you’re taking time out of your day and week to show them that you’re there for them and not only that, but that you recognize and validate their loss.

This act reinforces their right to mourn and grieve, in addition to showing them that they are not alone. If there is one thing you can do to support a mourning Jewish friend or neighbor, pay them a shiva call. They will remember the kindness and support.