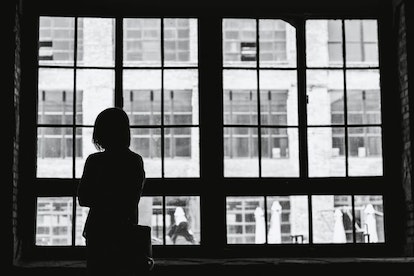 When you’re feeling down or going through a major life change, it’s sometimes hard to feel heard or understood. Music fills in these gaps in our thoughts and emotions, sometimes connecting with us more than we expect.

We’ve all experienced playing a new song and finding that its lyrics or melody spoke to us in some way. This is part of being human, and sad songs or nostalgic songs don’t necessarily have to bring us down. Sometimes these raw, real tunes actually are just what we need to heal.

In this guide, we’ll highlight 25 sad songs about broken families or relationships to help you feel a little bit less alone. No matter what you’re going through, someone has walked in your footsteps. For the artists behind these songs below, putting these experiences into a song makes the world a better place.

Though they might sound upbeat, pop songs can carry a deeper meaning. These songs are perfect for a funeral slideshow or just feeling a bit understood.

This is one of Pink’s more personal, intimate songs. In the song, she discusses her family’s dysfunction. Though she sees her close family members crying, she knows they’re strong.

Chapman sings this song from the perspective of a woman whose life isn’t like she imagined. She barely pays her bills, but she stays with her unemployed and unsupportive partner because she wishes for a better future even if she knows it’s not possible.

In this Coldplay song, the narrator tries their best but doesn’t succeed. Still, they continue to try to do better, even if there’s no way to “fix” someone.

This is a pop song that’s about breaking away from your old life and welcoming new things. Like when you grow up and realize you have to leave your old life behind, this is a song about becoming a stronger, new person despite past challenges.

Referring to the start of a prayer which typically begins “Oh father,” this song is written like a child sharing a confession with God. Though the young child has taken on a larger emotional burden because of her family, she’s stronger now.

6. “That I Would Be Good” by Alanis Morissette

This song is about self-doubt, insecurity, and facing life’s challenges. She wonders if she would be good even if she was sick, gained weight, or failed again and again.

Country songs commonly tackle complex themes about family, heartbreak, and life. These songs below recognize that families take many shapes.

This sad country song is about a young girl who is abused by her mother. Though she tries to hide her pain, she eventually finds love.

8. “Starting Over Again” by Dolly Parton

Dolly Parton’s “Starting Over Again” is a heartbreaking song about a couple divorcing after 30 years of marriage. How do you start over after such a change?

This song is about a husband explaining to his ex-wife that she doesn’t need a lawyer to handle the divorce. The only thing he wants is the kids and his family.

“Highway 20 Ride” explains the experience of sharing custody of a child. He drives on the interstate time and time again to see his child.

This song is about a parent’s break-up and divorce. Though the parents tried not to talk about it, the kids know that things weren’t alright.

12. “Every Other Weekend” by Reba McEntire

“Every Other Weekend” tells the story of a divorced couple who trades off every other weekend with their children. Though the couple still wishes they were together, they feel like a family again for that 15-minute reunion.

Rock and alternative music aren’t just about sticking it to “the man.” It’s often about the struggles of growing up, growing apart, and staying together.

The lead singer of Blink 182 wrote this song at age 16, immediately after his family informed him they were getting a divorce. The chorus of this song is a unique twist on Blink 182’s style, helping them mature as a band.

“Broken Home” is another rock song about divorce. Though it’s a tough subject to talk about, the band hoped this song would bring a bit of comfort to listeners going through the same thing.

In this Nickelback song, the singer describes a family where the father has a drinking problem. When he drinks, he becomes violent, and the children worry things will escalate. Though the children are scared of what the future might bring, their mother refuses to leave.

The simple lyrics, “Sorry I can’t be perfect” are something all young adults relate to. This anthem is for the young-at-heart everywhere wondering why they can’t be perfect.

Though songwriter and frontman Kurt Cobain claimed this was a song about children with cancer, listeners believe it was really written about his shaky relationship with his wife.

Written about Alx Rose’s girlfriend at the time, this is a track about finding pockets of light through life’s many challenges.

Rap and hip-hop never hide away from the more difficult topics, and this includes broken homes, families, and relationships. These songs below are powerful, touching tributes to struggle.

This song hints at Eminem’s rough upbringing, while also serving as a message to his young daughters. Though he tries to be a good dad to his children, he wonders if that’s possible after his own childhood.

One of Eminem’s most controversial songs, this is a song about the rap industry not evolving in any way while Eminimem took a hiatus. Told through the perspective of a boy being bullied, this is a call to arms.

Though not written about West’s own family, this is a song about a family struggling to come together even if things don’t go according to plan. As the song says, all that glitters is not gold.

Though some men might act tough, everyone, deep down, is a mama’s boy. It’s okay to be sensitive and admit that you’re hurt, according to this song.

This Nas song is written for his daughter. Though he wasn’t always there for her growing up, he loves his daughter, and she’s the greatest thing in his world. He hopes to do better, and he hopes she can understand where she’s coming from.

After being betrayed too many times, Drake struggles to trust his friends. Luckily, his family is always close to help him. Sometimes family is the only thing we have.

Dedicated to the memory of his father, “Legends Never Die” is a song of remembrance. RA the Rugged Man considers the many memories he has with his father, some good and some bad. At the end of the day, he vows to remember him.

As hard as it is to admit, family can be complicated. Whether you’re dealing with the death of an estranged parent or a divorce, some things are hard to come to grips with. When we accept our families for what they are and learn to become stronger in spite of them, we find peace.

These songs above are written from the truth, even when the truth is hard to explain. Ultimately, they serve as a reminder that you’re never alone. The artists behind these songs above have walked in your footsteps, and they’ve transformed these experiences into beautiful melodies.

When listening to these songs above, you’re likely to stumble along a familiar path. When you hear lyrics that resonate with your own experience, welcome this companionship with open arms.