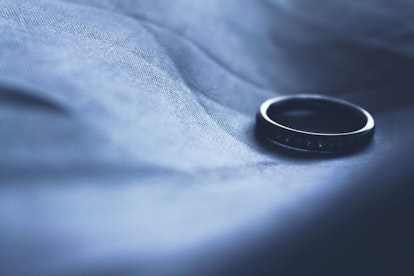 Experiencing a divorce is like any other remarkable loss in life. Divorce indicates the death of a marriage, and as such, also initiates a grieving process. The end of a relationship brings about an end to any hopes and dreams for a future together, having a family, and having a partner to share life’s moments.

When a person gets divorced, they may go through emotions not dissimilar to the death of a loved one. Usually, divorce is met with a lot of anger and frustration over the personal issues leading up to the marriage’s dissolution. A lengthy legal process also tends to follow, leaving a formerly married couple to suffer losses at many different levels, including financial, emotional, and physical.

So how can you help yourself or someone who is undergoing one of life’s most significant losses?

Are Divorce Stages of Grief Different Than Other Models?

Divorce brings about a grieving process requiring healing and growth. The grieving process is similar to Dr. Elisabeth Kübler-Ross’s five stages of grief, where there are clearly marked stages and anticipated responses. By being aware of how divorce impacts these stages, you can help yourself or a loved one manage the highs and lows of post-divorce grief.

» MORE: Take things one step at a time. Here is your post-loss checklist.

With grief stemming from a divorce, there will be clearly defined stages of loss and mourning. Again, those who have dealt with the loss of a loved one may sense some similarities in their grief. However, every grief process is individual. You may find yourself in uncharted waters that may not feel or look like grief.

Before deciding on what to say to someone going through a divorce, or how to approach your own life post-divorce, consider the following.

Many people can anticipate their divorces coming for a long time before the divorce subject even comes up with their spouse. They can see them coming even when it's hard to face the truth that your marriage has ended. For others, a divorce announcement comes as a shock to at least one of the parties involved.

The shock of the intention to file for a divorce can be challenging and difficult to accept, even when both parties agreed that divorce was the best course of action. Once the marriage is officially over, the news can still be shocking for some.

Example: A married couple has been together for a decade, happily raising their children, going on annual vacations, and enjoying all that life has to offer. Then seemingly out of nowhere, one of the spouses announces that they’re unhappy with the marriage and want a divorce. They pack up and leave without giving the other room for discussion or saving the marriage.

Intense anger is a normal part of the grief process during and following a divorce. Anger is a familiar emotion for almost everyone. Some might even have felt it explode and overrule other feelings. Anger is not always a negative emotion. For example, when going through a divorce, anger can help protect you from other painful emotions.

For couples in the middle of a divorce, bitterness is usually not a healthy and/or positive emotion. Divorcing couples often use anger as a misguided way to blame the other spouse for their personal feelings of unfulfillment and overall dissatisfaction in life. Divorce-related outrage is often a bitter weapon used against a spouse to punish them or make them feel guilty over an indiscretion.

Example: A spouse has an affair to discover later that the experience was not a fix-all to the married couple’s domestic issues and decides to stay in the marriage. Their spouse uses their unresolved anger against them for a prolonged period to shame them for straying in the union even as they head toward divorce. They use the legal system and the courts to vent their anger against their spouse.

Talking about divorce and even taking the initial steps in the process may still not make an impending divorce seem real for the parties involved. Others may not even recognize the reality of a final divorce decree. A person in denial over their divorce may still be in shock over the circumstances leading up to it. Denial is a normal reaction for any couples beginning the process or recently divorced.

A person actively denying the situation may be shielding themselves from the devastation and heartbreak associated with the failure of their marriage. As they begin to take in the divorce, their fears will start to ease, and eventually, they'll come to accept it.

Example: A married couple is divorcing in the middle of a financial crisis. One of the spouses can’t accept the divorce as real out of fear for their financial future and ability to make it independently. They begin not only to deny the underlying issues leading to divorce but the finality of divorce altogether. In time, their fears will diminish as they work through their financial planning for their post-divorce life.

Sadness and depression are natural and normal grief responses to the loss of a marriage.  Experiencing crippling emotional pain after divorce is all too common for folks who were once happily married. This stage is sometimes confused with actual depression.

Although the sadness is real and often prolonged, it doesn't quite measure the same as clinical depression. It is also important to note that depression is a long-term mental health issue. Sadness following divorce is more like being in a state of mourning. The grief you'll experience doesn't usually last forever. Like the other stages of grief, it will hopefully pass on its own without outside intervention.

Example: Months following a divorce, you have an emotional outburst at the makeup counter as the salesperson asks if you have a hot date coming up with your spouse. You may not have yet fully processed your grief and sadness after your divorce leading to spontaneous outbursts of emotion at the least expected times.

Uncertainty following a divorce commonly leads to fear. People may be facing fears of being alone, not having enough money, or how they'll move past a divorce. The end of a marriage that was supposed to last a lifetime can trigger other types of fear associated with self-doubt and questions about their future decision-making abilities.

The ups and downs of the divorce process can also leave a person feeling destabilized and in fear of what comes next. Fear can be a debilitating experience for those who find themselves at the end of a marriage, and it can be challenging to move past this stage.

Example: A newly divorced spouse has trouble making fundamental decisions in their life. They may find it challenging to accept where to move to, what type of house or apartment to live in, and what to eat for dinner. They fear making another wrong decision after having suffered the failure of their marriage.

Reaching acceptance after a divorce is not a guarantee for all formerly married couples. Getting stuck in one of the other grief stages is a real possibility for many, especially when they were married for many years. In divorces involving infidelity, one of the spouses may get stuck in the anger phase for years following the divorce.

There's no time frame for getting over a divorce. Each person will get through their grief in their own time and in their own way. For those who are having difficulty coping with their loss, getting support from family, friends, or a professional sometimes helps. If you're looking for ways on how to help someone who's grieving from afar, this is an excellent time to suggest seeing a grief counselor or therapist familiar with post-divorce grief.

Example: A couple who’s newly married and has just started their family suddenly ends up in divorce because one of the spouses has had a heart and mind change. This sudden change in course leaves the other in a state of shock and disbelief. It may take several years following the divorce to come to terms with the end of their marriage. They may find it difficult to accept that their spouse made promises and started a family knowing all along that it’s not what they wanted for themselves.

Like many other types of normal grief, post-divorce grief will usually last between six months to a year of recovery for every year of marriage. The longer a marriage lasted, the more prolonged the recovery period will be. Other factors can contribute to how long grief lasts, such as the strength of the relationship during the good times, how committed each spouse was to the other, and whether the divorce came as a shock.

Personalities also come into play when determining how long grief lasts following a divorce. Some people may find it difficult to move past their divorce because they don't quickly move on from it for several reasons. A few things that can also make moving on difficult are the lack of financial resources to quickly establish a new life, having young children at home, and whether the other spouse has entered into a new relationship.

Some of the things you can do to help yourself or someone you know to move past a difficult divorce are:

One of the most impactful realizations post-divorce is when you realize you’re in mourning over the end of your marriage. It may take you several months to figure out why you’re feeling the way you are.

After you realize that you’re in mourning over your loss, the pieces will start falling into place. The key to living a fulfilling life after divorce is to allow yourself sufficient time to heal from your grief as you would any other type of significant loss.