Throughout history, humans found ways to cope with death, mourning, and the circle of life through symbolism. Traditional and modern art and culture are both full of imagery related to death and the passing of life. It’s interesting to compare these vast histories and cultures across the globe to see where they overlap and diverge.

From movies to TV to nature, you’ll start to realize these images are just as much a part of life as death is itself. Common death symbols come in three major categories: animals (such as ravens and black cats), plants (like hyacinths and lilies), and objects/phenomena (such as a flag at half-mast).

Post-loss tip: If you are the executor for a deceased loved one, the emotional and technical aspects of handling their unfinished business can be overwhelming without a way to organize your process. We have a post-loss checklist that will help you ensure that your loved one's family, estate, and other affairs are taken care of.

Animals Associated with Death and Mourning 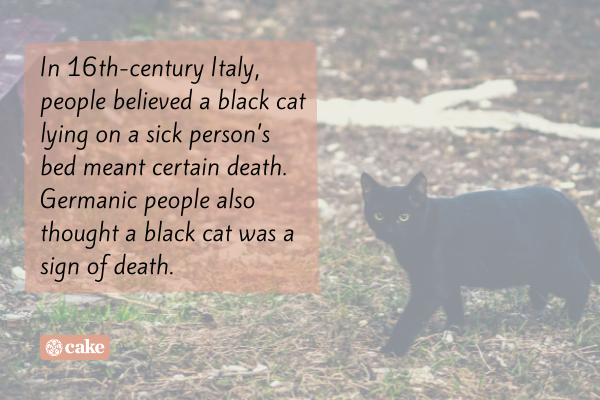 Animals are a part of nature. As such, they’ve become symbols of their own. Some animals have darker connotations than others, though they’re all blissfully ignorant of their own fate within human interpretations. Most of these animals below are also seen as signs of bad luck, so tread carefully.

» MORE: Do you want them crying, partying or both? Wills are not enough, you need a funeral plan.

The raven has a long history of association with death and mourning. Most of its popular interpretation likely comes from the Edgar Allen Poe poem of the same name. The raven in Poe’s poem repeats “nevermore,” driving the narrator mad with its repetition.

However, this infamous raven got its dark start even earlier than with 19th-century poets. Birds traditionally carried a lot of symbolism within Christianity. Ravens, in particular, are considered representations of the devil.

Like the raven, vultures are dark birds. However, ravens are quiet and small. They blend in with the night. Vultures, on the other hand, demand to be seen.

These birds quite literally eat death. Their primary diet is the corpses of other animals. While they’re performing an important role within the environment by cleaning waste, they’re also an undeniable representation of death.

The ram (especially the ram head) is also connected to death. The official insignia of the Church of Satan features a ram head, so this imagery now links rams to the occult.

The ram also is associated with other deities throughout the globe that featured long horns. Over time, these took a dark turn to symbolize ritual and death.

Superstition around black cats comes alive every year during Halloween. If a black cat crosses your path, bad luck is sure to follow.

Thanks to vampire folklore, bats have also earned a place on this list. Beyond Dracula, bats are an omen of negative energy. These creatures thrive in the dark, and they’ve become symbols of the underworld and death.

Plant Symbols of Death and Mourning 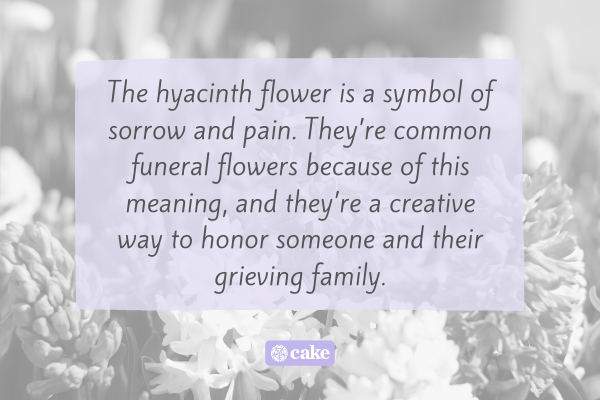 Flower meanings date back centuries, and flowers are a form of communication on their own. Some of these meanings tell a story of death and mourning. Flowers are also living proof that the most beautiful images conceal deep emotional significance.

The red poppy is the flower used to remember the dead who fell in World War I and World War II. The poppy is actually one of the only plants able to grow naturally within disturbed earth in Western Europe.

After the war-ravaged the land, poppies bloomed. The red poppy resembled the blood of fallen soldiers. Even now, years later, this flower is still a symbol of war, death, and remembrance.

If you’ve ever walked in a graveyard in a warm climate, odds are you’ve noticed the cypress trees. These tall trees weren’t planted in cemeteries by accident.

Due to their shape, cypress trees appear to reach toward Heaven. Their roots grow in such a way as to not disturb caskets within the earth. Beautiful and majestic, these trees now stand watch over graveyards around the globe.

The hyacinth flower is a symbol of sorrow and pain. They’re common funeral flowers because of this meaning, and they’re a creative way to honor someone and their grieving family. These purple, blooming flowers offer encouragement in a time of need. When experiencing a loss, sometimes we need a bit of beauty.

While these flowers are often a sign of encouragement, they’re also commonly found in graves. Humans cultivated chrysanthemums for thousands of years.

In 15th-century China, people believed these flowers had the power of life. While they’ve traveled a long way, you’re still likely to see mums in funerals and graveyards. That doesn’t make them any less stunning.

Lily’s play a strong role in ancient mythology, so it’s no wonder they also have ties to human death and mourning. Today, lilies are one of the most common funeral flowers.

Thanks to their light color, they’re a way to remind the grieving family of the return to innocence after death. It goes to show that not all symbols of death are sad.

Objects or Phenomenons That Symbolize Death and Mourning 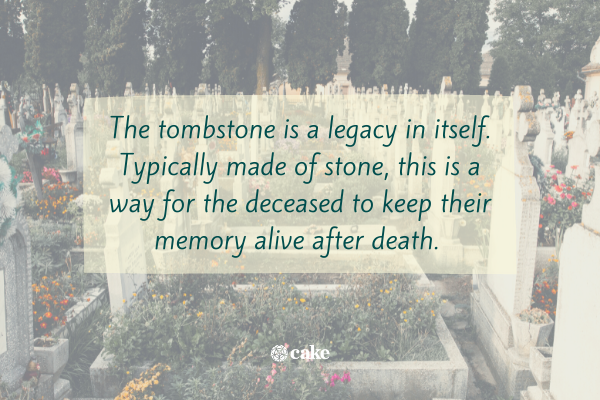 Aside from animals and plants, there are additional symbols of death and mourning. These developed over time through literature, art, myths, and religion.

Candles are common during funerals, memorials, and other death traditions. In some cultures, such as in Latin America, candles are a way to bring families close to their deceased relatives on certain days of the year.

Candles help with both religious and cultural rituals, such as lighting a candle for someone who died, shrinking the gap between the living and the deceased.

Clocks and other symbols of time, like hourglasses or sundials, are all a reminder that our time on Earth is limited. Every minute that passes is a minute closer to death.

In many cultures, the family stops the clocks in the home at the time of death to pay respects to the deceased. Either way, the ticking of time never ceases.

» MORE: Do you want them crying, partying or both? Wills are not enough, you need a funeral plan.

It’s a respectful way to honor the passing of someone important or to offer condolences after a tragedy. The space at the top of the flagpole represents the invisible flag of death.

Of course, no list of the symbols relating to death would be complete without the color black. This is the color we wear to funerals in Western cultures. It’s dark, reflecting the dimming of the soul’s light as we fade into the afterlife.

Why is black associated so heavily with death? This is a practice that dates back to ancient times. In the Middle Ages and Victorian period, mourning clothes were always black to show an outward display of inner feelings of turmoil.

The most memorable scene from Shakespeare’s Hamlet is where the Prince of Denmark holds the skull of his former servant. The skull has long been a symbol of death. It serves as a reminder that we’re all just bones underneath, and that life is fleeting.

The infamous Grim Reaper himself is often depicted carrying a scythe. A scythe is a type of curved, sharp blade that rests at the end of a long handle. This comes from Pagan harvest ceremonies, but it’s also rumored to “cut down” the living.

Tombstones themselves are a symbol of death. These are used as a burial marker. They show where loved ones are buried within the earth.

The tombstone is a legacy in itself. Typically made of stone, this is a way for the deceased to keep their memory alive after death.

These symbols above gained popularity as a way to bring sense and peace to the unyielding nature of death. Though the end of life is unavoidable, peace is possible if we look for nature and stories for signs of hope. From the familiar skull to the watchful eye of a raven, these images earned their place within human history.

By exploring the culture and symbolism around death, we take steps towards accepting our own mortality. Death is the great equalizer, but we don’t have to let that get in the way of living a full life.

Start end-of-life planning to discover just how freeing it is to make plans for your own death. Like these symbols above, it’s not as scary as it seems.

Coping with grief Symbols of death