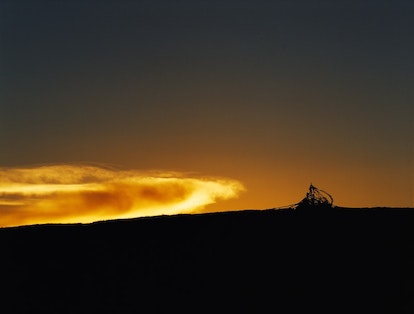 What happens when we die? It’s a question humans have tried to understand for millions of years. We all want to know how our life moves forward after death. Death cultures around the world are complex. While everyone dies, we all view the end differently. Some people welcome it like an old friend, while others find it dangerous or scary to think about.

Throughout history, ancient cultures explored the meaning of death. In ancient Egypt, it was the gods and goddesses that gave life and took it away. In Greek mythology, mortals spend time in the Underworld, in pleasure or in pain. What those ancient cultures had in common is that death isn’t the end of life.

One belief system places particular value on the afterlife—the Buddhists. For Buddhists, life doesn’t end with death—it’s just the beginning. People are reborn into different states again and again until they can escape the cycle through nirvana or enlightenment. The Buddhists seem to have death figured out. Not only do they give specific instructions on the afterlife, but they also wrote a manual to lead the living to it.

In this guide, we’ll explore the Tibetan Book of the Dead or Bardo Thodol (its common name). You’ll learn where it came from, and why it’s important. Opening yourself to a new outlook on death can help you live a life without fear of it.

Origins: Tibetan Book of the Dead

The eighth century was a time of medieval innovation like the printing press and hourglass, but on the other side of the world, a different change was in place. In Asia, it wasn’t technological innovation but metaphysical innovation that took center stage. One of these innovations was the foundation for Tibetan Buddhism—The Tibetan Book of the Dead.

An Indian Buddhist Master named Padmasambhava was the first to write the teachings of the afterlife and beyond. Little is known about him, but researchers speculate that he didn’t think the world was ready for the teachings. Instead, the book remained hidden for six centuries until its rediscovery.

Later, the book was renamed from its original title—Liberation Through Hearing During the Intermediate State—into the Tibetan Book of the Dead. There are six translations of the text, and even the famous psychoanalyst Carl Jung offered his analysis.

Overview: Tibetan Book of the Dead

The Tibetan Book of the Dead is a sophisticated text. In this section, we’ll briefly summarize the key points. There are different deities, both evil and kind, angels and demons in the afterlife. A full reading of the book is necessary to understand its complexities.

The six bardos or in between states

The original title of the Bardo Thodol—Bardo thos grol, bardo—means the ‘between state.’ There are many states in life and death, but the Bardo Thodol isn’t a full translation of these states. It describes three states, while there are three additional in the original for six. They are the following:

Not only is the Tibetan Book of the Dead a guide for the afterlife, but it also gives instructions in removing the ego to experience love and happiness. When a person’s consciousness isn’t attached to a body, there comes an opportunity to liberate from the cycle of birth during life, meditation, or death. If a soul isn’t aware, it leads to a less than ideal rebirth.

The Three Stages of Death

The book contains specific instructions for the signs of death and how family members can comfort the souls in transition. The death rituals are essential for a soul's transition into liberation or rebirth.

For Buddhists, death is an opportunity to either liberate or reincarnate into a new life. There shouldn’t be fear of death but preparation. The Bardo Thodol translation only concerns itself with the three Bardos of death. Let’s explore the Bardo states of death closely.

The moment of death

As mentioned before, the moment of death is especially important and—according to Tibetan Buddhists—not out of our control. Padmasambhava describes preparations a person can make to ease the transition.

Reading the Buddhist sutras, giving away material possessions, and being relaxed in relationships are some you can do. There are also specific passages that a holy person or close caregiver reads at the moment of passing.

Next, the deceased detach from their physical body. In this state, the deities show themselves. The book suggests the study of the Five Wisdom Buddhas to prepare for this stage. After death, the soul who studies the Buddhas may recognize them again as figures of their own subconscious. Those who accumulate negative karma throughout their life or can’t accept death will force themselves into the next stage.

In the last Bardo, the soul meets the Lord of Death. There’s also a last-ditch chance to escape the cycle of rebirth—if the soul can recognize that everything around him is a projection of his subconscious. Most souls aren't mindful and remain close to their ego, so they are reborn in one of six states.

Some people are lucky enough to control their rebirth and choose their parents. They choose a family that will make it easier to hear about Buddhist teachings and incorporate them. The book urges for souls not to rush reincarnation because intention at the beginning of rebirth will lead towards a conscious life.

However, the three stages don’t happen right away. The forty-nine days after death holds an important significance for Buddhists. It’s encouraged for close friends or family to read the book as much as possible. The purpose is for the soul to hear the words and remember the process.

Why is the Tibetan Book of the Dead So Popular?

The first English edition of Liberation Through Hearing During the Intermediate State was the Tibetan Book of the Dead—published in 1927. It was an immediate sensation and led to the translation of the book by others. The most recent translation was in 2005 and sold millions of copies.

Later, the book became the foundation for a psychedelic manual written by controversial Harvard psychologist Timothy Leary. The ancient Tibetan text became a cornerstone manual in the American counterculture of the 1960s.

Leary believed that psychedelic drugs like LSD, psilocybin mushrooms, and DMT (among others) could bring people to the Bardo states. Some viewed it as a shortcut for spiritual awakening, while others shunned Leary for promoting psychedelics.

The Tibetan Book of the Dead is present in other forms of popular culture, in documentaries and in art. The Dalai Lama—the spiritual leader of Tibetan Buddhism—even gave his blessings for the 1993 translation of the book.

Whether you find it by accident or purpose, the book leads the way as the first manual of its kind. The Tibetan Book of the Dead not only shows us how to die, but it describes how to live—so we can escape death.

The Art of Dying

Death planning isn’t a new phenomenon; it may even be as old as life itself. It’s an intense topic with many emotions. You may fear it or accept and most of us avoid thinking about it. The Tibetan Book of the Dead teaches us we don’t have to fear it. Instead, we can prepare for it.

You don’t have to read the entire book to plan for your death. Cake can help guide you with small steps towards death planning. Begin with our simple conversation starters and break down death planning. Start with what matters to you. Are you concerned with fiances? Or your memorial? Finally, if you’re ready to dedicate yourself to preparation, the Tibetan Book of the Dead is a great place to start.