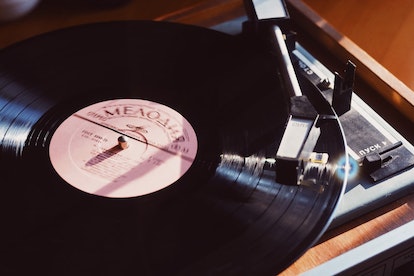 Songwriters know that emotions connect all of us — including grief.  Here are some of the great tribute songs written in memory of people who died.

These songs may not be your first choice for funeral songs for a memorial service, but a few songs on the list may be appropriate.

It shouldn’t be surprising to learn that there were many tribute songs written for John Lennon after his death in 1980. “Here Today” is Paul McCartney’s tribute to his fallen friend.

As you think about tribute songs by Elton John, Marilyn Monroe and Princess Diana come to mind. Those songs appear on our list but did you know about “Empty Garden” as well? This is John’s tribute to John Lennon.

3. “Tears in Heaven” by Eric Clapton

One of the most gut-wrenching songs ever written, “Tears in Heaven,” was written by Eric Clapton after the accidental death of his son.

4. “Missing You” by Diana Ross

“Missing You” was written by Lionel Richie as a tribute to fellow Motown great Marvin Gaye. Gaye was killed by his father, who claimed he shot his son in self-defense.

The next time you have an hour to burn, listen to “American Pie” and read about all the symbolism and imagery packed into it. The first part of the song was written as a tribute to Buddy Holly, who died in an airplane crash.

6. “I’ll Be Missing You” by Puff Daddy and Faith Evans

Biggie Smalls was murdered in 1997. This song, which borrows the tune of “Every Breath You Take” by The Police, was written in tribute to the young rapper.

Even though most of the songs on our list so far are tributes to musicians who have died, this song is the exception. Stevie Wonder wrote his version of “Happy Birthday” to honor Martin Luther King, Jr.

Although U2’s song “Angel of Harlem” gives a nod to several great performers, it’s said that the song was written in tribute to Billie Holiday.

9. “Rock and Roll Heaven” by The Righteous Brothers

“If there is a rock and roll heaven, well, you know they got a hell of a band.” This song, by The Righteous Brothers, includes a laundry list of rock and roll greats who died — like Janis Joplin, Jimi Hendrix, and Otis Redding.

Waylon Jennings wrote the song “Old Friend” for Buddy Holly. He remembers all the good times and the songs they used to sing — “Old friend, we sure do miss you, but you’ve not missed a thing.”

12. “Sleeps with Angels” by Neil Young

Kurt Cobain quoted Neil Young in his suicide note. Young wrote this song, “Sleeps With Angels” as a tribute to the singer.

13. “Better on the Other Side” by The Game, Chris Brown, Diddy, Usher, Mario Winans, Boyz2Men

This song, “Better on the Other Side,” was written and released after the death of the King of Pop, Michael Jackson, who died in 2009.

The three surviving members of Queen wrote and performed “No One But You” in memory of Freddie Mercury, who died in 1991.

It’s nice when musicians give a nod to the artists who influenced their work. Rod Stewart does so in “Muddy, Sam, and Otis.” He describes listening to the 45s of Muddy Waters, Sam Cooke, and Otis Redding.

17. “They Killed Him” by Kris Kristofferson

“They Killed Him” was performed by several artists, including Johnny Cash. The song is a tribute to Mahatma Gandhi, Martin Luther King, Jr., John F. Kennedy, Robert Kennedy, and Jesus Christ.

18. “Another Hero Lost” by Shadows Fall

This song was written as a tribute to the soldiers who died in the Iraq war.

19. “Where Were You When the World Stopped Turning?” by Alan Jackson

Although there were several songs written after the attacks on September 11, 2001, we thought it would be appropriate to give Alan Jackson’s song a nod. The song won many accolades — probably because its underlying theme is love, not retaliation.

Metallica’s bassist died in 1986 as a result of a bus accident. The band released “To Live is to Die” to honor their fallen band member.

This song was written by members of the band Slipknot when their bass player died of a drug overdose. Its haunting lyrics are appropriate for a tribute song.

22. “Knock Me Down” by Red Hot Chili Peppers

One of the founding members of the Red Hot Chili Peppers died of a drug overdose. The song, “Knock Me Down,” is the surviving band members’ way of giving tribute to one so important to them.

Def Leppard called its fallen band member “White Lightning” for his ability to move so quickly while playing guitar on stage. Steve Clark was the name of the guitarist, and this song is a tribute to him.

24. “All Those Years Ago” by George Harrison

Looking for another John Lennon tribute? George Harrison wrote “All Those Years Ago” in honor of his friend. Paul McCartney and Ringo Starr also play on the song.

Who knew that “Back in Black” was written as a tribute? This song was written about Bonn Scott, a former member of AC/DC, who died in 1980.

26. “Shine On, You Crazy Diamond” by Pink Floyd

One of the original band members of Pink Floyd struggled with mental health issues as well as drug addiction. The band wrote and performed “Shine On, You Crazy Diamond” about Syd Barrett.

This song was the biggest song of 1981. Even though Bette Davis wasn’t dead when the song was released, it still can be considered a tribute song, as it was written to pay homage to the legendary actress.

We learn quite a bit about Wolfgang Amadeus Mozart from the song “Amadeus” by German group Falco.

The song “Buddy Holly” is the third on our list to call out this musician from the 1950s and 60s. If the name and style of the song don’t seem like a strong enough tribute to you, watch the video. Weezer performs in a virtual “Al’s Diner” from “Happy Days.”

32. “You Have Been Loved” by George Michael

George Michael wrote this song as a tribute to his lover, who died from AIDS-related complications. Michael died in 2016.

What have you learned from these songs about death? One thing you may have noticed is that all these tribute songs were written or performed by people who had a close relationship with the individual who died. Life is about building those close relationships with others.

You may have also noticed that these tribute songs act as a living memorial to those who have passed. People still think about John Lennon when they hear the song, “Empty Garden (Hey, Hey Johnny).” You always think of Marilyn Monroe when you hear the song, “Candle in the Wind.” Elton John gave both of these people living memorials that will live past his own death.

Maybe seeing this list of songs makes you think of your own mortality. A long life is not guaranteed. Are your final arrangements made? It’s time to begin your own end-of-life planning.