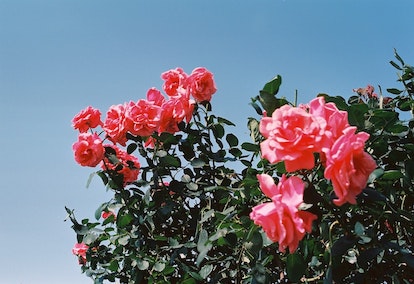 You probably don’t sit around and think about your eventual funeral if you’re like most people. However, we’d like to challenge you to think about the unthinkable. Consider each different type of funeral or mmeorial service you’d like to have, whether you want a celebration of life or a direct cremation without an accompanying funeral.

If you want to have a service at the end of your life, consider some of the following options. Here are nine of the most common types of funerals.

What kind of service do you envision when you hear the phrase “traditional funeral?” Do you think of a Catholic Mass with an accompanying graveside service? A religious ceremony at your place of worship, where people gather to sing hymns and offer prayers? Or do you think of a group of people gathered in a funeral home without religious undertones? All of these scenarios would be considered a “traditional funeral” by most people.

The most common characteristics of a traditional funeral include a solemn atmosphere, a gathering of mourners, music, and religious or secular readings.

If you have a specific wish regarding your funeral, make sure you share it with your family members.

Most of the time, a memorial service takes place without a body or cremains present. It may also occur well after the death of the individual. In fact, the absence of the body or cremains may be the defining characteristic that best describes a memorial service. The body may be missing because it’s the family’s choice. It may also be absent from the service because of problems with the weather or travel.

Like a traditional funeral, memorial services can be religious or secular in tone. They can be held at a place of worship, a community venue, or a funeral home.

Every once in a while, the phrase “memorial service” will be used to describe a traditional funeral. That phrase may be preferred as a less-harsh alternative to the word “funeral.”

Celebrations of life are growing in popularity. There are no rules regarding when this phrase should be used — it’s sometimes used to describe a service that’s more celebratory than a traditional funeral.

Some celebrations may even be held at restaurants, bars, or other entertainment venues.

You may opt to have a graveside or committal service. These take place at a cemetery and can act as standalone services or follow a traditional funeral.

Graveside services are usually formal in nature. Typically, a minister or officiant leads the ceremony, and the attendees listen to readings, offer prayers, and sing hymns — even though the service may also be secular.

Graveside services are usually held outside and in view of the general public, they are generally shorter than a traditional funeral.

If the body or cremains are entombed in a mausoleum or columbarium niche, this service may be called an entombment ceremony.

Cremations are gaining in popularity. This means that more people are having scattering ceremonies.

A scattering ceremony occurs when the deceased’s cremains are released back to nature. Since they are held outside, these services are rather short in length.

Scattering ceremonies can occur near bodies of water, on private land, or in public parks (as long as permission is acquired.) They can be religious or secular ceremonies. Because of their length and location, they are often informal.

Many times, a scattering ceremony is accompanied by a traditional funeral. Sometimes the scattering takes place weeks, months, or years after the death of the individual.

Some scattering ceremonies have been accompanied by a release of helium balloons in the past but this is generally frowned upon as not being environmentally friendly. Instead, you may consider purchasing a large selection of monarch butterflies to release into the atmosphere.

Visitations almost always occur in conjunction with a traditional funeral, even though there are times when they act as a standalone event.

Visitations usually provide a place for mourners to say their last goodbyes to the departed. Sometimes these gatherings are referred to as “viewings.” They also function to allow those attending to express condolences to the family members present.

If the service is labeled as a “viewing,” this would imply that the body will be present to display.

During a visitation, sometimes the family will arrange for photos or other memorabilia to be displayed. At times, a light meal or refreshments may be available, depending upon the duration of the event.

You may have heard of the practice of sitting with the dead throughout the night. This practice was commonly referred to as a wake or vigil. In the past, this was done at the home of the deceased. Currently, they are usually held at funeral homes or places of worship.

A wake or vigil is usually religious — usually Catholic or Orthodox. They are similar to visitations, except they are sometimes interrupted for prayers, recitations, or readings.

A green or environmentally friendly funeral is not a specific type of service, but we will go ahead and put it on our list since it is gaining in popularity.

There are several different ideas on what types of “burials” are the most environmentally friendly. Examine the most current research to see if it is better to be buried in a biodegradable container or cremated and scattered.

9. A Combination of Several Types of Services

As we mentioned earlier, some of these services are held in combination with other services.

For example, you may choose to have a visitation (or wake) during the evening. This would allow those with daytime commitments the opportunity to attend a service to express condolences. This could be followed by a traditional funeral the next morning, with a graveside service immediately following.

You may choose only to have a visitation or only a short ceremony at the cemetery. Perhaps you want a traditional New Orleans jazz funeral with an accompanying parade.

What Do You Want for Your End-of-Life Service?

When you think about it, you have to make a lot of decisions.

Besides these more significant decisions, you also need to make smaller decisions as well. Consider the music you would like to have played and the flowers you would choose for your display.

Share those plans with those closest to you. They may not want to talk about your funeral plans now, but they will appreciate it when the time comes to plan your services.