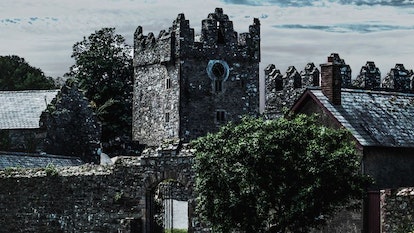 “Game of Thrones” captured the attention of a devoted audience — millions of fans tuned in to admire the Shakespearean plotting, cheer on their favorite heroes, and simply enjoy some action-packed entertainment.

That said, like many shows with staying power, “Game of Thrones” often reached its viewers on deeper levels. As one of the most popular TV shows about death in recent history, it frequently gave fans an opportunity to reflect on a topic we often prefer to avoid, such as the “What do we tell Death?” scene.

This scene touches on the way many cope with the knowledge of their own mortality. Keep reading to learn more about the nature of the scene and its overall importance in the context of the show.

What’s the ‘What Do We Tell’ Death Quote from Game of Thrones?

The “What do we tell Death” quote’s most famous usage occurs in Season 8 of “Game of Thrones.” As Arya Stark prepares to fight in the Battle of Winterfell, the final culmination of the Great War between the armies of the living and the dead, Melisandre asks Arya what she should say to the God of Death when she encounters him.

What Else Happens During the ‘What Do We Tell Death’ Scene?

Melisandre, once told Arya, “I see a darkness in you. And in that darkness, eyes staring back at me: brown eyes, blue eyes, green eyes. Eyes you’ll shut forever. We will meet again.”

In its earlier context, it seemed as though this was Melisandre’s way of predicting that Arya would grow to become a skilled and prolific assassin.

However, in the “What do we tell Death” scene, Melisandre repeats a version of these words, but places particular emphasis on “blue eyes.”

That’s likely very significant given the nature of the scene. The White Walkers who lead the armies of the dead in the Battle of Winterfell all have piercing and distinct blue eyes. By reminding Arya of her prediction that Arya will shut blue eyes forever, it seems Melisandre tells Arya that it’s her destiny to kill the Night King.

This triggers a subtle but essential change in Arya’s demeanor. Before Melisandre appears, Arya, like many others, has allowed despair and fear to overwhelm her. It’s worth noting that Arya doesn’t merely fear her own death. If the White Walkers emerge victorious in the Battle of Winterfell, night would overtake the entire realm of Westeros. Essentially, Arya is facing the end of her world. Melisandre’s words restore Arya’s resolve to fight to the bitter end.

The “What do we tell Death” scene is actually part of a larger sequence of scenes representing the culmination of many storylines. Throughout the series, various armies of the living had been preparing for an eventual final battle with the armies of the dead. Arya is simply one of many characters joining the fight.

That said, her role is critical, marking a major turning point in “Game of Thrones.” Near the end of the Battle of Winterfell, it appears that the Night King and his army are set to win the day. Arya thwarts them by surprising the Night King. He notices her attack in time to stop it, but before he can kill Arya, she employs her assassin's sleight of hand to sneak a dagger into him.

The Night King explodes into ice. So do all the other White Walkers. The wights, reanimated dead forced to fight for the Night King due to a curse, are freed from their enslavement. This moment marks not only the end of The Battle of Winterfell but the final end of the Great War, preventing the Long Night from ever overtaking Westeros again.

How Does it Play a Part in the Rest of the Series?

Arya Stark first learned of the God of Death while training with Syrio Forel, who helped her develop the fighting skills she would later rely on as an assassin. Forel explained to Arya that the God of Death is the only god that actually exists. He also instructed her to say “Not today” should she meet the God of Death.

This is the last lesson Forel ever shared with Arya. However, its usage in Season 8 serves as a reminder of the impact it had on her.

Over the years, Arya faced many challenges that tested her strength and courage. The notion of meeting Death and refusing him often gave her the confidence to persevere. This was helpful when Arya prepares to kill the Night King in the Battle of Winterfell. Forel knew she would need courage when he left her to go become an assassin. When her resolve nearly fails, another character steps in to once again share a critical lesson.

Some have pointed out that Melisandre, who reminds Arya of Forel’s lesson about the God of Death, had no clear way of knowing about that lesson. That said, this wouldn’t be the first time Melisandre possessed knowledge that she shouldn’t have had. Bookending her appearance in the Battle of Winterfell with the earlier lessons Arya took from Forel emphasizes how Arya had actually spent most of her life preparing for the moment when she would kill the Night King. This arguably recontextualizes many experiences that Arya had before.

Her experiences in combat prepared her to face down an enemy that some believed could not be killed. While she may have felt conflicted about them at times, they eventually brought her to what may be the defining moment of her life.

It’s also important to remember that because Arya wasn’t fighting just for her own life, but for the lives of countless individuals throughout Westeros, the answer to the question “What do we tell Death?” doesn’t apply solely to her own courage in the face of the Night King. The words “Not today” could represent how all the characters fighting in The Battle of Westeros faced the potential end of their world and, rather than giving in to the inevitability of death, continued to stare it down. This is a theme common in “Game of Thrones,” “Lord of the Rings,” “Star Wars,” and many other fantasy tales that address the death of both individual characters and entire populations.

‘What Do We Tell Death?’ A Fitting Answer

Although “Game of Thrones” explored many questions about death, such as what happens to your spirit when you die, the “What do we tell Death” scene and its message resonated with viewers because it offers an answer to a question that many people naturally have: How do I remain brave when facing my own death? In this case, the answer is to reject your own death, at least for today.