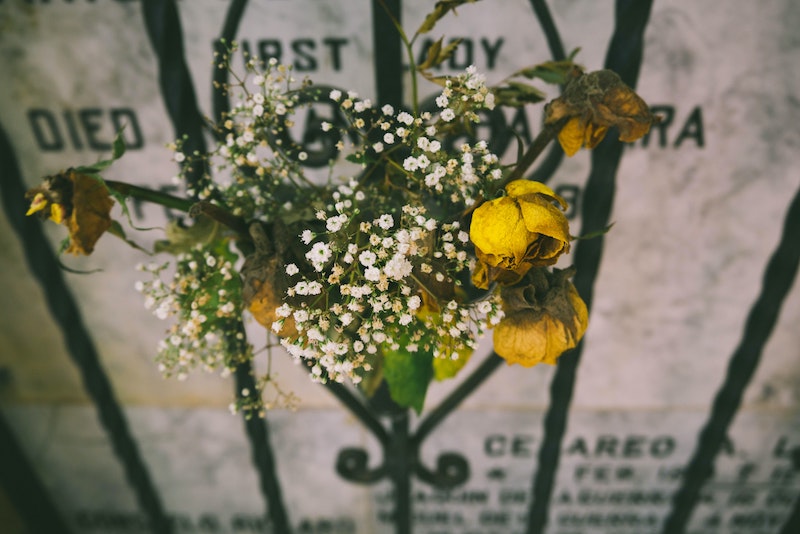 When a loved one dies, we often want to find ways to still feel close to them. One of the most enduring ways to do that is by visiting their gravesites. Many people like to sit, reflect, or even speak to the deceased as a way of maintaining that strong bond.

Visiting a loved one’s grave strengthens the feeling that maybe they’re still watching over you. Also when you visit, you might want to leave something on their grave as a gift or token that you’re thinking of them.

But not everything goes when it comes to leaving items graveside. Many cemeteries have rules about what items can be left on a grave. There are also etiquette rules to consider as well. Here, we break down what items you should leave on graves. We’ll also talk about which items should be avoided.

5 Things You Should Leave on a Grave

There are some items that are obviously traditional to leave on graves and some that are not as obvious. We’ll look into the etiquette surrounding more common items, and provide some less obvious suggestions too.

One thing to keep in mind is that any items left on graves shouldn’t interfere with cemetery workers being able to maintain the grounds. This means not leaving items that will blow away easily or impede lawnmowers.

Leaving flowers at a gravesite is a time-honored tradition. In many cultures, decorating the grave with flowers is seen as a way to honor and respect the dead. Each cemetery has its own rules regarding flowers, in addition to any grave flower etiquette you may need to keep in mind.

For example, if they only allow fresh flowers, don’t bring artificial ones. If they remove flowers from the graves once flowers are wilted, don’t complain if your last bouquet has been removed when you come for another visit.

As long as you following cemetery guidelines, you can get a tasteful bouquet in line with your cultural practices.

We like this Benchmark Bouquets Flowering Fields from Amazon.

Leaving a festive seasonal wreath at Christmas would be a good item to leave. Bedecking the headstone in flashing lights could be inappropriate and distracting, not to mention costly and difficult to maintain. Also, leaving real poinsettias or holly berries at gravestones around Christmas is not suggested. While they’re pretty and natural, both can be toxic to any animals that might be in the area.

Many cemeteries allow you to decorate gravesites around major holidays. These include:

We like this Outdoor Realistic Solar Powered Rose Lights from Amazon.

They are traditionally used in the Midwest, brought over by Scandinavian settlers in that region. Grave blankets are usually placed on gravesites before the first snow, as a symbolic gesture to tuck in a loved one to keep them warm.

We like this Sympathy Silks Artificial Cemetery Flowers Grave Blanket from Amazon.

The practice of leaving coins on graves is a tradition that dates back centuries. In ancient Greece, family members would place coins in the mouth or over the eyes of the deceased. These were intended for payment to Greek God Charon, the ferryman of the rivers Styx and Acheron who ushered souls across the border from the living to the world of the dead. The coins served as a bribe for the deceased to give to Charon.

Over the past several decades, visitors to Ben Franklin’s Pennsylvania gravesite have tossed pennies in his grave. This tradition was inspired by the saying “a penny saved is a penny earned,” which is frequently attributed to Franklin. Over the years, other folks have adopted the tradition elsewhere and have begun tossing coins into the graves of their own loved ones.

If you visit a national cemetery where many veterans are buried, you might see coins on their headstones as well. Military tradition suggests leaving coins on the graves of a deceased military member.

In this case, coins don’t stay on the grave indefinitely. It is understood that they will be collected by groundskeepers and will defray the costs of cemetery upkeep. They may also get donated to organizations that serve veterans.

Finally, coins can be left for practical reasons. Flowers and other mementos can be expensive, especially for something that won’t stay on the grave indefinitely. Placing a coin on the grave allows you to leave a token of respect for your loved one that isn’t expensive. This practice is common in certain areas of Latin America.

Even though most graves are marked with a headstone, sometimes people leave pebbles, stones, and other small rocks on graves as well. The tradition of leaving stones on graves originates from Jewish customs.

The tradition actually dates back so long, there are varying theories on how the practice began. Some people believe stones on graves keep souls from leaving the burial site before receiving its final judgment. Others think it’s to keep evil spirits from entering the gravesite. Then there are more pragmatic theories.

In the past, Jewish people largely resided in rocky, arid areas where the hard ground made it difficult to dig deep graves. Stones would be piled on shallow graves, possibly to protect bodies from scavengers.

Stones are more durable and long-lasting than flowers, which is another practical consideration. This practice is still common in Jewish tradition but has been adopted in other cultures as well.

5 Things You Should Never Leave on a Grave

It may be tempting to come up with ideas for unique items to leave on your loved one’s grave. We want to honor the deceased with special items that meant something to them. But while an object may be meaningful, it might not be appropriate for the gravesite.

Here are some items that people may want to leave but wouldn’t necessarily be welcomed.

Earlier we talked about decorating gravesites for the holidays. On Memorial Day, many cemeteries allow people to plant small flags onto the graves of people who served in the military. But while small flags are acceptable during that timeframe, large flags or banners aren’t usually welcome as they can be distracting to other mourners or even be hazardous.

Also, leaving an American flag out in the elements can be seen as disrespectful, as they can get tattered if they’re left out in the wind and rain. Also, it can be a real burden on the groundskeepers to dispose of a damaged flag properly.

There is a longstanding superstition that walking over a grave is bad luck, but also some folks consider it just plain disrespectful. As a result, some people want to install low fences around a loved one’s grave to protect it. Considering the upkeep for cemetery grounds, most cemeteries disallow these low fences as they create obstacles for groundskeepers to do their jobs.

Historically, wrought iron fences were fairly common around graves. It protected them from vandals, animals, or even grave robbers. But the practice has largely ceased.

Flowers and floral arrangements are fairly commonly found on gravesites. However, vases are not commonly found—because they aren’t as easily disposable or compostable.

Vases are often made of glass, ceramic, or other breakable material. If they topple over, they can leave chunks of sharp jagged material that could injure groundskeepers or other mourners. Instead, just use ribbon or twine to bind your bouquet before you leave it on a grave.

Many people leave stuffed animals on the graves of small children. It is a lovely gesture and one that is often comforting for parents that have lost a child too young. But more and more cemeteries are banning the placement of stuffed animals on graves.

Graves sometimes end up under piles of stuffed animals left by various friends and relatives. Stuffed animals get quickly tattered and dirty in the elements, which can be an eyesore. Check the rules of your cemetery. But remember, even if they allow stuffed animals, they may not be able to keep them on the gravesite for very long.

In fact, if the decorations detach and blow away, but the stakes stay in the ground, it can create a hazard. Stakes might get stepped on by unwitting groundskeepers, or they could damage lawnmowers. The general exception to this is staked flags on Memorial Day.

Find What Works for You

Everyone mourns in their own unique way. Getting mementos to place on the gravesite of a loved one is a timeless tradition. But when you do this, be sure to know the rules of the cemetery.

Also, remember that even if the cemetery hasn’t banned something outright, it may be best to ask before installing, as you want to be considerate of the space you share with fellow mourners. 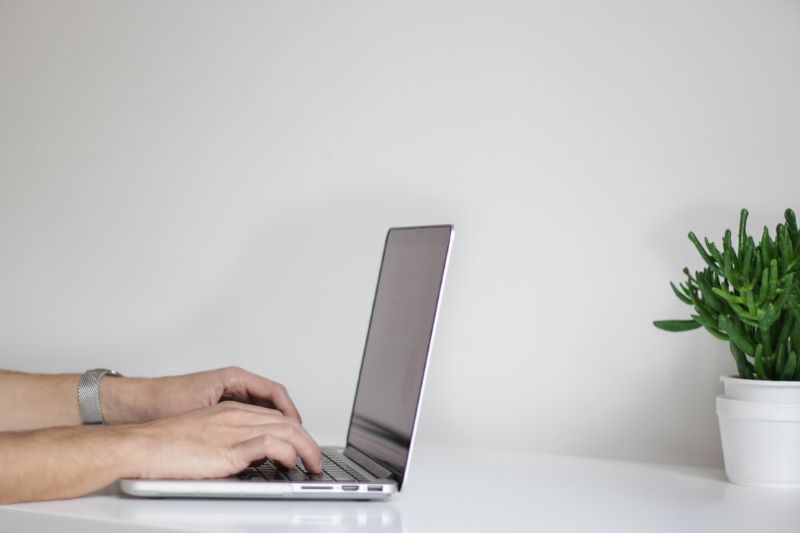