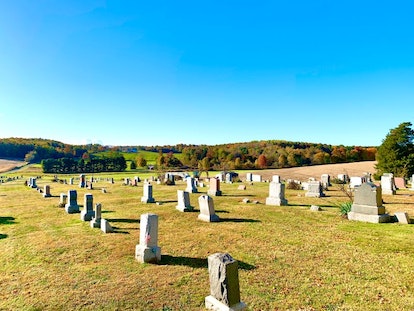 It’s complicated to talk about death. As a society, we have come up with countless euphemisms for death so we can discuss the subject more obliquely. We might say that someone has “departed” or “passed away” because it feels less harsh than talking about it more directly.

But softening language in this way can also make it more imprecise. Sometimes it’s best to speak plainly, even when talking about a subject as complex as death. We’ll explore how to use the words “dead” or “deceased” in certain circumstances.

What’s the Difference Between ‘Deceased’ and ‘Dead?’

“Deceased” is typically used in a formal or clinical setting. There is often a sense of neutrality. The term “dead,” on the other hand, is less formal. People speaking colloquially are more inclined to use the term “dead” than “deceased.”

When Should You Use ‘Deceased?’

The word “deceased” is most often used in more formal language or writing. If you’re in a legal or medical setting, you’re more likely to see the word “deceased” than “dead.” Here, we’ll explore some more specific scenarios.

If someone dies in a suspicious manner, the police may need to be involved. A police report is the official paperwork that responding officers will fill out to document the incident. The police produce fact-based and neutral reports.

Instead of referring to people as men or women, for example, a police report might refer to the “male subject” or female “subject.” That introduces an element of depersonalization. For the same reasons, a police report will refer to a “deceased person” as opposed to a “dead person.”

Even if a death isn’t suspicious, you’ll encounter a lot of legal paperwork. Wills and other probate-related paperwork tend to use formal language and will often employ the word “deceased” instead of “dead.”

After a loved one dies, the next-of-kin may have to help settle the estate. This can include canceling credit cards and gym memberships and closing bank accounts. You can open correspondence along these lines:

“To whom it may concern:
I am writing on behalf of (Name), who recently became deceased.”

From there, you can delve more into the specifics.

In many medical settings, it’s appropriate to use the word “deceased.” This might include official paperwork about someone who has died.

For example, the medical examiner’s report might refer to the subject as “the deceased.” If you are requesting a loved one’s medical records after his death, you might refer to him as “the deceased.” Or when you’re filling out your own medical history, it will usually ask questions about health problems that run in families. Those forms may use the word “deceased” when asking about medical conditions people in your family have died from.

An obituary is a notice of death that is typically printed in a newspaper and published online. They include biographical details about a dead person.

This includes the deceased’s date of birth, the schools attended, and some other accomplishments. The obituary traditionally closes with a list of people related to the person who has recently died. When an obituary says that the deceased is “survived by” certain relatives, it refers to people who are still living. When it says someone was “predeceased by” certain relatives, it refers to the relatives that died before them.

When Should You Use ‘Dead?’

While there are certain circumstances where “deceased” is the best word choice, you can also use the word “dead” in certain situations. Check out a few examples:

When someone of note dies, that person’s death is often covered in the newspaper. Many newspapers will use the word “dead” because it is straightforward and unambiguous. A headline like “Dr. Einstein is Dead at 76” communicates precise information in an efficient way.

Newspapers often use the word “dead” precisely because it’s so blunt and attention-grabbing. When President John F. Kennedy was assassinated, newspapers around the country proclaimed, “Kennedy is Dead!”

In a death notification

If a loved one died unexpectedly, you may find yourself in the position of notifying people of your loved one’s passing. Sending a death notification letter to friends is one way to do this. If you’re sending the same letter to multiple people, it’s important to make sure your message is clear. For example, you could say, “I’m sorry to be the bearer of bad news, but John died unexpectedly last night.” From there, you can decide what other details to include.

As we’ve already mentioned, the word “deceased” can feel clinical and detached. It’s not something you would usually say in the course of conversation. Some people might be more comfortable using a euphemistic turn of phrase, but using “dead” or “died” in a conversation is also proper.

Are There Any Other Alternatives for ‘Deceased’ or ‘Dead?

You can use the words “dead” and “deceased” in situations where you need to be direct. However, occasions when euphemisms for death can serve as a better choice. Use these alternative words and phrases on those occasions.

The word “departed” refers to someone who died long ago. It’s often used when talking about a family member who died many years ago to an unfamiliar audience. For example, you could say “As my dear, departed Grandpa Ed used to say,” and then pass on some wisdom. This usage clearly communicates that he died at some point in the past without distracting from your story.

Like “departed,” the word “late” is a good shorthand for certain situations. Referring to someone as your “late friend” communicates that your friend died at some point in the past.

If someone has died after a long and difficult illness, you might use the phrase “at peace.” For example, you might say, “I just wanted to let you know that Grandma is at peace now.”

“Gone” is similar to “at peace,” in that it alerts someone to a death that wasn’t unexpected. Say something like, “I wanted to let you know that as of 3 a.m., Sarah is now gone. She went very peacefully in her sleep.”

The Right Words at the Right Time

Many of us avoid talking about death. It’s like we believe that by avoiding the word, it won’t intrude upon our lives. But death happens to and around all of us. It’s important to know how to discuss it in a way that’s appropriate to the situation. Understanding the right phrasing for certain contexts can help make it easier to talk about this taboo subject.