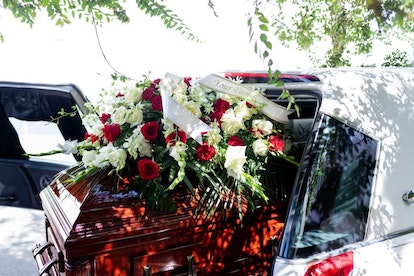 Maybe you’re reluctant to believe that death is a part of life. Events that have perpetuated this idea throughout history are funerals and memorial services. Especially considering more modern funerals, death, at times, seems like something that takes a backseat. Instead, the person’s life is celebrated in unique or even grandiose ways — all with the hope that guests feel like they did their part by showing up.

We’re here to discuss the original meaning behind funerals, as well as their purpose. Of course, we’ll also walk you through why funerals have changed so much and why they’ll continue to. When it comes to planning a funeral for a loved one, it’s perhaps less important to focus on tradition as it is the unique wishes of your loved one.

That being said, your loved one’s wishes may be rather traditional, and those are important to uphold, too.

Like most social and cultural practices, funerals have changed throughout history. While it would be impossible to capture all of the nuances across the US or the globe, we can touch on a few important points.

These points include things like the meaning of funerals, where they took place, as well as burial practices.

How some of the earliest funerals began America

One of the key differences between the early and modern funerals is that it was once up to families to take care of both the body and the burial from start to finish.

This is probably pretty difficult for you to imagine doing for one of your family members today. And, since these funerals weren’t completed by medical professionals, burials were often delayed for several days for fear of burying loved ones alive.

You may also be wondering why you find cemeteries in more rural areas, versus right outside homes and businesses. That’s because people once believe that cemeteries held bad or even evil energy, no matter how positive the souls were that were buried there.

This idea led to the creation of the funeral profession in both urban and eventually rural areas, and the false idea that it’s illegal for anyone to touch a dead body.

How embalming and other practices came to be

If you’re curious how embalming traditions began, you may recall similar practices completed in Ancient Egypt and mummification.

However, more Industrial-Age embalming, while similar in intent, actually differs quite a bit. Embalming practices were first developed on a large scale during the Civil War.

Naturally, as you may presume, people often died far away from their homes, and efforts were necessary to both preserve and restore their bodies for their families. This also lends evidence to the early importance of what a “proper” burial looked like.

Funeral trends throughout history (in brief)

The following details briefly dive into changes and trends in the overarching values of funerals and the people who performed them.

For a deeper dive into this topic, you may find The Changing Discourse of Death: A Study of the Evolution of the Contemporary Funeral Industry interesting.

Earliest funerals: The earliest funerals (for the purposes of this article, we’re discussing America beginning around the 1800s) consisted of home burials and body care by immediate family.

Services were small, if even much of an event at all, since everyone’s “circle” was far more immediate. As you may be aware, too, photography was still fairly limited. However, post-mortem photography became more predominant. Often, families only had one or two photos of their loved ones — one at birth and one at death.

Funerals of the 1900s: Other trends started to emerge, such as a focus on “professional” funerals. There was some disagreement regarding who funerals were actually for, and this continued throughout the century (and until today).

This is the idea that there’s sometimes a disagreement between what practices honor the dead versus the wishes of survivors instead. A rise in the expense and “commercialism” of funerals also caused strains on some families.

Funerals of the 1970s and beyond: With social and literal wars on the rise, so continued a fight regarding values and the meaning of death. The question of, “what makes a funeral meaningful?” also perpetuated on a greater scale, and continues today.

Other changes occurred, too, with the influx of both technology and the overall idea of progress. Burial options became more varied, including an increase in cremations as well as “alternative” options such as green burials.

Contemporary funerals: As cultures vary, flux, mix, and intermingle, naturally, of course, some traditions have gone by the wayside. That being said, new traditions are taking root just about every day, often paying homage to older ones.

Of course, as culture — and the ever-changing definition of American culture changes — so does everyone’s relationship with death and the associated rituals.

We have touched briefly on the changing relationship between the individual, society at large, as well as ideas about death and how to recognize it.

Some cultures, however, are less susceptible to change than the general population of the US. Many cultures around the world have maintained funeral traditions for thousands of years, or otherwise since their inception.

The purpose of funerals

Depending on which culture you’re examining, as well as what time period, you will find a different answer. Poll any given person seemingly a part of any particular culture, too, and you’ll likely get a different answer. This is what makes the answer to the purpose of funerals so complex. But, for the sake of denoting it, funerals should be about honoring what the person leaving the world brought to it.

How do you wholly honor someone who isn’t here to pick out the right flowers or the perfect music to suit their needs? Enter digital end-of-life planning. While not foolproof, it can get you and your loved ones that much closer to resting easy — either dead or living — that one of the last events you’ll be at together goes off without a hitch (or very many, for that matter).

Needless to say, every individual has a unique relationship with death. This has a lot to do with not only your experiences, but also your demeanor, culture, and religion. Some cultures treat death anniversaries with unique holidays or other types of celebrations.

How do some other cultures deal with death? Below, we’ve provided a few details about funeral customs in other cultures as well as links to further learning.

Maybe you’ve never been to a funeral in your life, and you really have no idea what to expect. While it’s true that every funeral is different, there are some trends to consider when it comes to modern funerals.

This doesn’t mean that funerals have changed in their entirety, but there are quite a few differences compared to a few decades ago.

What are some aspects of modern funerals?

A few aspects of modern funerals that differ compared to traditions throughout history include, perhaps, the notion of personalization.

It’s not so much that death wasn’t as big of a deal a few hundred years ago, however, there is much more of an emphasis on the importance of the individual and everything he or she did. So, what does this look like?

Well, modern funerals often have unique parameters when it comes to all aspects of funeral planning or even funeral attendance. This may come down to the attire you’re asked to wear, what music to expect, what food you’re going to eat, and, of course, where the funeral itself is going to take place.

What’s a celebration of life ceremony?

A celebration of life ceremony is fairly self-explanatory. Instead of focusing on grief and mourning, the person who has passed is celebrated in a unique way.

Whether this means guests should wear tie-dye or expect the blaring of explicit party music, there are tons of ways to make a celebration of life ceremony something you and your loved ones will never forget. Perhaps this is more fitting, too, since it’s likely you’d never like to forget the joy your loved one brought to you.

However, just because celebration of life ceremonies are framed as “celebrations,” this doesn’t mean that you can’t appropriately incorporate more somber moments, too.

No matter what kind of funeral service makes the most sense for you or a loved one, it’s about finding a balance between respecting the past but honoring the future. You owe it to your loved ones to remember them, sure, but it’s also important to realize that you’re still here even if they aren’t.

A great way to do so is to celebrate an angelversary. Or, perhaps you’d like to set a grander agenda for your next birthday, such as making a birthday resolution that’s somehow inspired by a loved one.

Remember Whose Wishes Matter Most

Though there’s both significant meaning and purpose behind funerals, all of this may or may not matter specifically to you and your loved ones. You probably want your loved ones to keep your wishes in mind for your funeral. You owe them the same, no matter how obscure their wishes may be.

For more tips about funeral planning, inspiration, and other end-of-life planning resources, check out the rest of Cake.