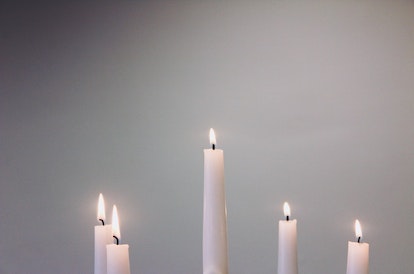 Wicca is considered to be modern-day pagan worship centered around nature and spellwork. Though its roots come from other pre-Christian religious practices, it has become more accepted and now observed as a contemporary religion.

As such, you might have gotten an invitation to a Wiccan funeral, or you might be in charge of coordinating one. Wiccan beliefs around the powerful changes of the seasons and corresponding rituals are the more commonly known practices, but some may be in the dark when it comes to their funeral rites.

The Wiccan view of death, how they approach funeral rituals, and their priorities can be different from other Western religions, but like all religious rites — focusing on empathy, compassion, and respect is key. Everything else will flow if you keep those three in mind.

Attending a Wiccan funeral can be a fascinating and unique experience and may connect you with your loved one that has passed. Here’s some information to help you prepare and feel at ease.

COVID-19 tip: If you're planning a virtual Wiccan funeral using a service like GatheringUs, you can still adapt many of the rituals to work in a digital format. Talk with your funeral director or event planner to help you figure out the logistics or any limitations.

Wiccan View of Death and Dying

The Craft, as it is known by practicing Wiccans, is guided by a series of holidays in a concentric “schedule” called the Wheel of the Year. Think of it as a series of days of worship around the changes in the seasons, which are cyclical.

Each coven has its own set rituals and rites around both planting and harvesting seasons, so not all covens may share the same exact kinds of rituals. Despite the differences in practice, there are some commonly accepted beliefs in Wicca.

One of the main themes as mentioned above is the sacred Wheel of the Year. Much like the cyclical behavior of nature, Wicca’s firm tenet is that “what was will be again.” This view ties humanity more closely to nature and means that nothing is final. Death isn’t the end, but rather a new beginning. As a result, Wiccans don’t have any reason to fear death, and feel connected to those who have moved to the afterlife.

Even with highly individualized rites for each local coven, Wiccans share a central belief of being able to connect with those who have died through “the veil.”

For example, have you ever heard stories of someone’s parent appearing in their dreams after their death? In the Wiccan religion, they believe that loved ones hover just beyond the veil. After someone moves to the other side, they can appear with more clarity, especially during difficult times or right before you’re about to die.

Wiccan beliefs in the afterlife also stipulate that those on the opposite side of the veil can “see better,” having moved from the opaque side of living to the more transparent part of the afterlife. With this belief in stepping beyond the veil, Wiccan views on death tend to be very positive.

Funeral etiquette is hard to master, no matter if a loved one or friend practiced a religion or not. With an unfamiliar religious practice or ritual, it can be easy to feel disrespectful if you don’t know what’s going on or what is expected of you.

If you’ve ever attended a funeral that prioritized eco-friendliness, you may be very familiar with some of the most important elements of a Wiccan funeral. The ceremony is structured around treating death like a journey, and a return to nature.

Depending on the options available, the ceremony can be structured in two separate ways. The main options available in most Wiccan funerals involve cremation or a natural burial where the body is wrapped in cloth. This cuts down on the cost of a funeral, too. This speeds up decomposition and allows them to return to the cycle of nature sooner.

If a natural outdoor burial isn’t an option, then cremation is a second resort. In order to emphasize the communal nature of death, friends and loved ones are often each given part of the cremated remains.

The whole ceremony is meant to help a spirit along their journey to “the Summerlands.” In Wiccan beliefs, the Summerlands is a beautiful, fruitful place. It is a place of transit, like a giant train station, in their journey to the afterlife. But it’s an important one because it allows their spirit to get in touch with those who passed away before them.

With so much natural emphasis in a Wiccan funeral rite, funeral flowers could make a lovely gift.

The prayers and chants vary, depending on what the deceased wanted. Sometimes, Celtic or Pagan blessings are used. At other times, Wiccan-specific prayers are delivered by the priest or priestess.

For instance, here’s one of those most popular prayers. After a quick introduction, this would be a prayer used to officially kick off the ceremony.

“Mother of us all gather us in your arms. You, who know the grief of losing a loved one, send us comfort. Father and protector stand by our side. You, who know life and death, send us guidance…”

Wiccan funerals usually occur in two parts. One involves a ceremony centered around helping the deceased in their journey and helping their loved ones heal. That ceremony takes part in a ritual space conducted by a priest and priestess.

To start the ceremony, the deceased person’s body is placed on an altar. The ceremony changes if the body has been cremated. Mourners wait in a ring around the altar, while the priestess recites a ritual chant.

After the body and space are prepared, both the priest and the priestess recite another chant. Once they’ve finished their chants, mourners also get an opportunity to participate. It’s not required, but the words and communal energy can help ease the deceased’s journey into death.

The second part of the ceremony is focused on the burial. It’s still conducted by the priest and priestess, but members of the funeral can participate. After the burial is complete, loved ones often share stories and pray. Due to the individual, naturalistic setting, Wiccan funerals are not usually held at a funeral home.

Other traditions or customs

One important Wiccan tradition is a sense of community, key to every major Sabbath and ritual involved. For instance, the list is kept small at a Wiccan funeral. It can include immediate friends, family members, and their coven, but that’s about it. Holding hands in many of these ceremonies and rituals is encouraged to visibly show community to a loved one that has died.

Keeping the sense of community strong is crucial to keeping the cycle of life at the forefront of everyone’s minds, even during such a tragic time. This is also done through reciting and singing funeral songs.

One of the most important Wiccan customs is a crossing over ritual. Due to the nature of Wiccanism, there aren’t highly specific details. But for this ritual, there are important steps that are integral to ensure a successful transition for a loved one’s spirit.

If there’s time to gather all the loved ones someone would want around them, then do so.

Lighting candles for someone who died is a huge part of many religious ceremonies. Of course, this partially stems from a need to see, in early religions. But it also has ties to light versus darkness, and important rituals. Often, there are many candles at a crossing over ceremony.

Wiccan funerals are very individualistic. This reflects the nature of each witch and each coven. Of course, there are broad guiding principles. But unlike many Western religions, such as Catholicism, there isn’t a single head of religion. Individual practices are prioritized, rather than strict religious practices.

That being said, the minister doesn’t have to believe in Wiccan traditions. The minister can come from any religion, as long as they respect the beliefs the dying person holds. Whoever they choose, respect and empathy are paramount.

Wiccan beliefs position death as a transition, which can open up an opportunity for the dying person to speak up and make their spiritual and religious wishes known. How should their religious beliefs and personal preferences be incorporated into a service? The minister is responsible for holding this counseling session, under most circumstances.

However, despite our best efforts, not everyone dies at home, surrounded by loved ones and with time to plan. When those situations happen, especially when death occurs far away from their coven, meditation is viewed as the next-best option.

Members can cope with meditation, which is often done alone and in groups. It’s a way of self-healing and coping with tragedy, but it’s also a way to commemorate their life and death.

What to Expect at a Wiccan Funeral

It’s challenging to know what to expect at a funeral. If you’re not familiar with Wiccan customs, you may even feel uncomfortable.

With a little knowledge, you can not only ease yourself into participating in a Wiccan funeral, but you can also appreciate the comforting, natural focus behind many of the traditions.

If you're looking to learn more about death in different cultures, read our guide on Torajan funeral ceremonies and Mayan death rituals.